Day 3: Deepening Charity for the Life of the World 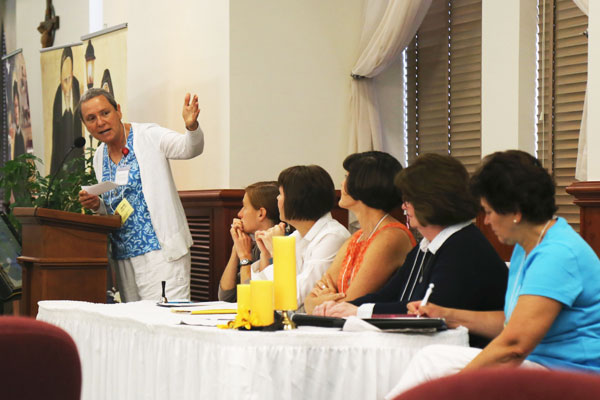 The day began with liturgy celebrated in the Federation Meeting Room by Reverend Patrick Griffin, C.M.

After a short break, Sister Kathleen Byrnes, a member of the Planning Committee, invited Sister Rosemary MacDonald, CSM PEI, to tell of her experience of being a first-time attendee at a Federation meeting. Sister Rosemary gave a very brief history of her congregation, noting that at this point in its history it is seeking collaboration and networking which is a goal of the Federation. She thanked the Federation for inviting Sister Frances Johnston, CSM PEI, and herself to the meeting.

Sister Mary Jordan, Facilitator, asked the tables to spend a few moments reflecting on the responses from yesterday’s table process which gathered the bold choices for the future. Further process on them will continue later in the meeting. 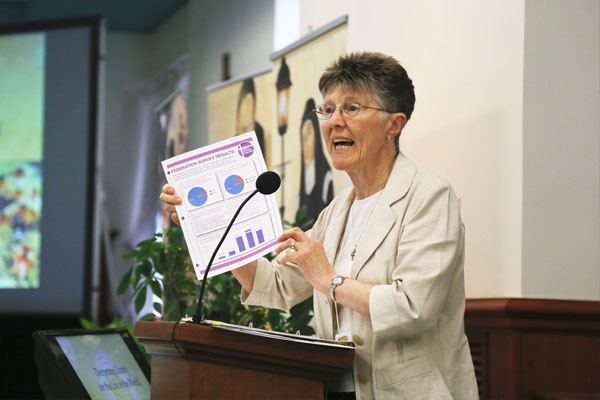 The Federation next heard from a panel on Voices of the Future of Charity and CCFP who responded to the question, ‘What do you see as the bold new choice the Federation can make as it moves into its shared future?’ 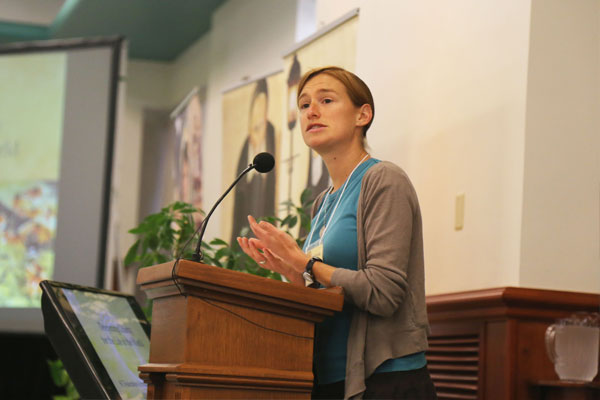 Paris Slapikas, SCN, suggested the Federation set-up a formation program of three one-week sessions over 18 months that bring new members together to build skills and be formed in the Vincentian charism. She asked the members to let go of the fear of losing their congregational identity. She offered the words of Sister Janet Mock, “Embrace those in which springs of new life are bursting forth.” 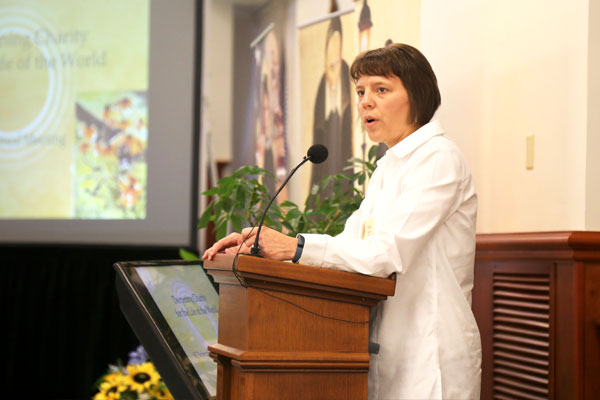 Andrea Koverman, SC-C, newly professed, said she is motivated by the words of Pope Francis, “Wake up the world,” noting that new members want to transform the world. She reminded the group that new members are not discouraged by the changes in religious life since they have not been part of their life. Small numbers challenge us to be very discerning of our choices in ministry. She suggested that Federation offices such as social justice or prison ministry might be opened. [See also the video Andrea shared today] 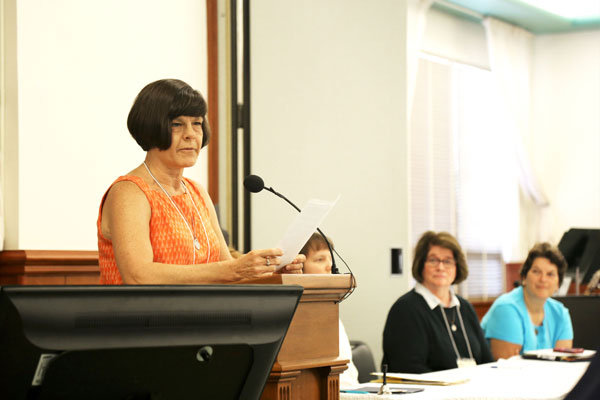 Rosemary Carroll, director of Associates for SC-St. Elizabeth, shared the collaborations among directors of Associates and their practice of gathering Associates from across the Federation in geographic areas. 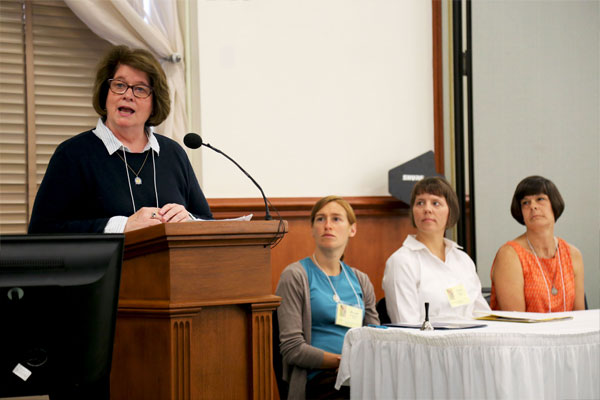 Monica Gundler, SC-C, House of Charity, encouraged the Federation members to not get bogged down in the details when a new venture is being considered. She noted that the House of Charity is a place of encounter, prayer, service and living in community that allows transformation to happen in people’s lives. 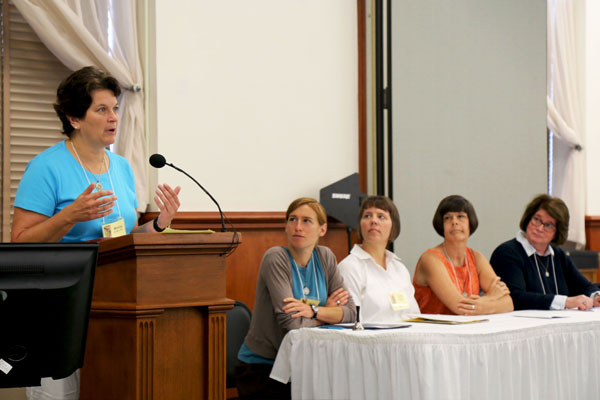 Videos of newer members and discerners of religious life were viewed.

The panel was asked to give further clarity and examples on the ideas shared. At the end of the session, the members of the Federation gave a standing ovation to the panel members. 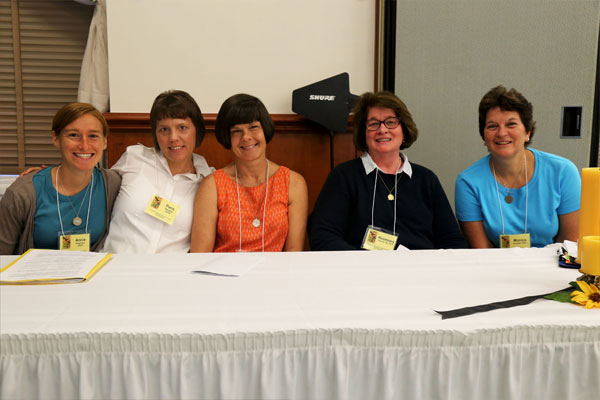 The morning closed with directions for the four field trips and a prayer video on The Breastplate of Saint Patrick.

Find more on the Annual Meeting News page, sister videos on our channel, or by searching online using the hashtag #DeepenCharity.

Your ticket for the: Day 3: Deepening Charity for the Life of the World

Day 3: Deepening Charity for the Life of the World