Day 4: Deepening Charity for the Life of the World 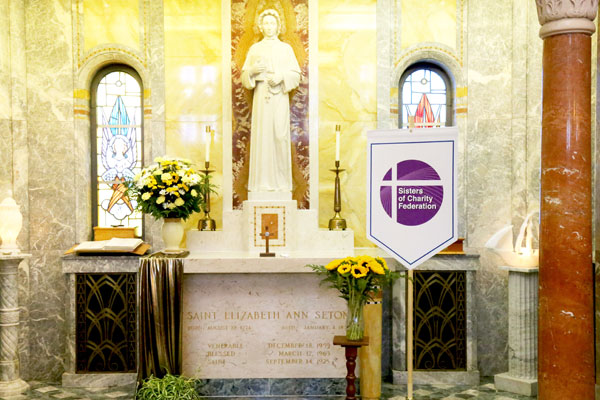 Liturgy was celebrated at 8:00am in the Federation Meeting Room by Reverend Patrick Griffin, C.M.

Then Sister Maryanne Ruzzo, SC-H, opened the meeting by thanking the Daughters of Charity for the wonderful day of site visits they organized for the members on Thursday afternoon. The members expressed their appreciation with applause. Prayer included a reflection by Louise Lears, SCC, on the statue, “Hazard, Yet Forward.” After prayer, the CCFP members left to attend their own meeting.

The Seton Heritage Ministries Report by Louise Gallahue, DC-St. Louise, Susan Gatz, SCN, and Jane Iannucelli, SCNY discussed the relationship of the Federation to Seton Heritage Ministries (SHM). Sister Susan recalled the action taken last year to make the Federation a Public Juridic Person with canonical responsibility for SHM. After consultation with the appropriate office in Rome, it became evident that this would not be possible. The Daughters of Charity affirmed the continuance of the shared governance of SHM already in place and, with adjustments to the governance structure, Federation was given input into significant decisions for SHM. Archbishop Lori of Washington DC and Cardinal Dolan of New York are in support of moving forward with the new model of relationship for SHM. At Liturgy today in the Basilica, a ritual will celebrate this new relationship among Federation, Daughters of Charity, and SHM. 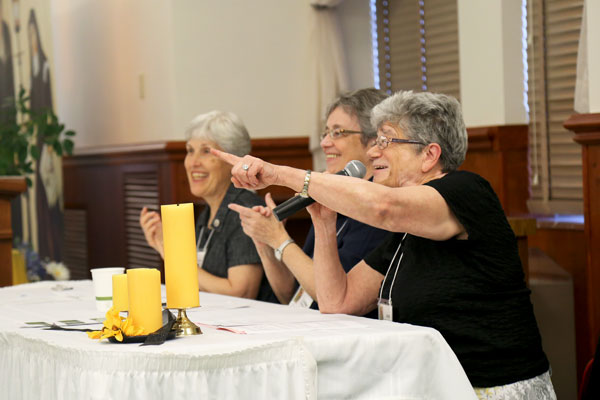 Julie Cutter, DC, Director of the Federation, gave the Executive Report. Using pictures, Sister Julie reported on the many activities of the Federation during the past year, including the Future of Charity blogspot and the Federation collaboration with the Vincentian Family in the U.S., Canada, and internationally. The report included future events for 2017 for all connected with Federation and FamVin. Acclamation was given to a request made by Sister Marilyn Shea for joint prayer on the second Tuesday of the month for change in the U.S. election process.

Kristen Blacksher, Social Media and Web Content Specialist for the Federation, thanked the members for their support of her work. Kristen explained how she uses Facebook and Twitter to tell the stories of all that is happening in the Federation. She emphasized the newly created website with its added features, such as a translation tool and social justice pages. She encouraged use of #DeepenCharity so these stories and pictures can be posted on the website and Facebook. 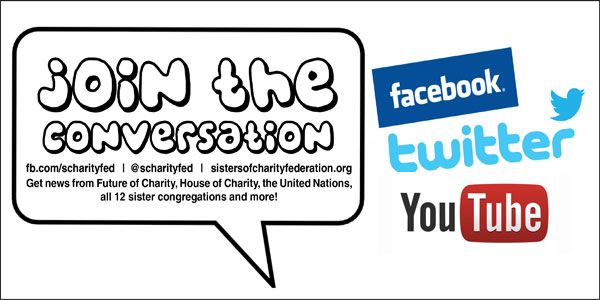 After Sister Julie and Kristen’s reports, Sister Mary Jordan, Facilitator, congratulated the members for their energy, enthusiasm and strong interest in the Federation. She then explained the process to be used in the afternoon by which the Federation will decide on the one or two bold actions it will choose to impel it into a shared future. She used the Quaker quote, “I pin my hopes to quiet processes and small circles where vital and transforming events take place,” to express the power of the afternoon process.

The afternoon began with a prayer blessing on all celebrating jubilees this year. 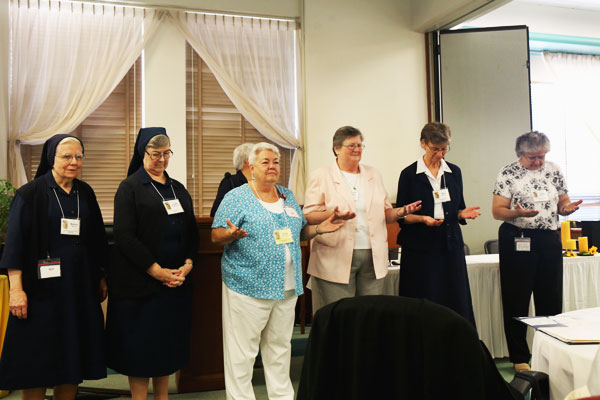 Videos were shown of women discerning their future religious life in the charism of Charity [Ex. See the video of Sister Tracy Kemme, SCC here].

Sister Mary Jordan led the members in a reflective discussion of the bold choices made by the tables on Thursday to impel the Federation into a shared future. From this discussion, the Federation will choose one or two choices.

The members of each congregation then met together to give their approval of the draft FY 2017 budget and the new governance structure for Seton Heritage Ministries and ways in which the congregation will embrace the bold choice(s) for the Federation’s future.

Liturgy was celebrated by Archbishop William Lori in the Basilica. This was followed by visits to the SHM Museum and Archive Exhibits and a Banquet in the Dining Room. Leaders who were concluding their terms were recognized. 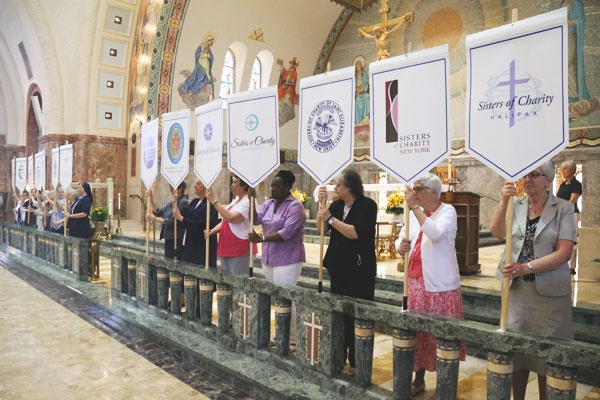 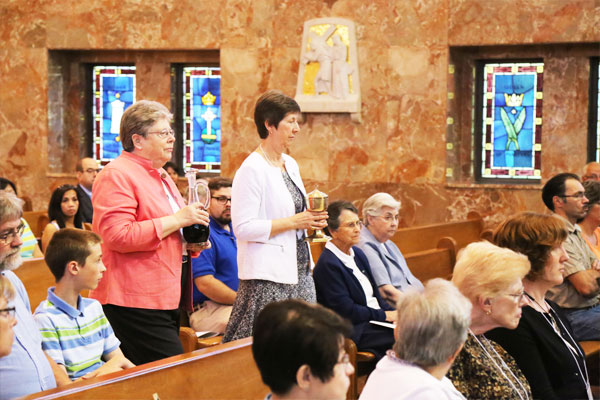 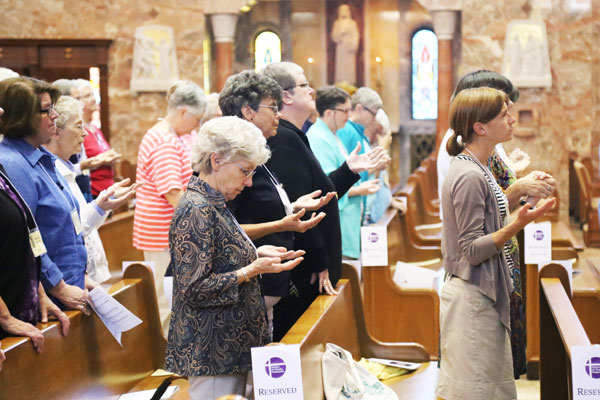 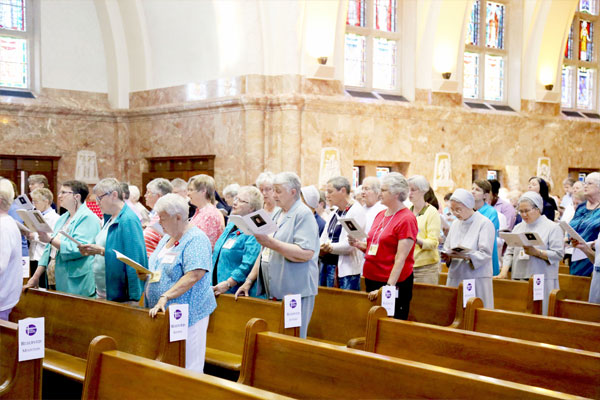 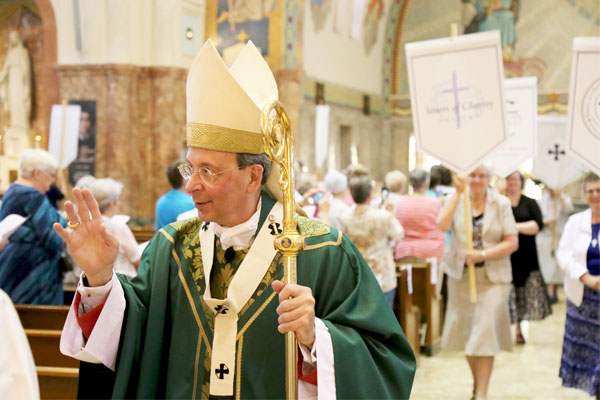 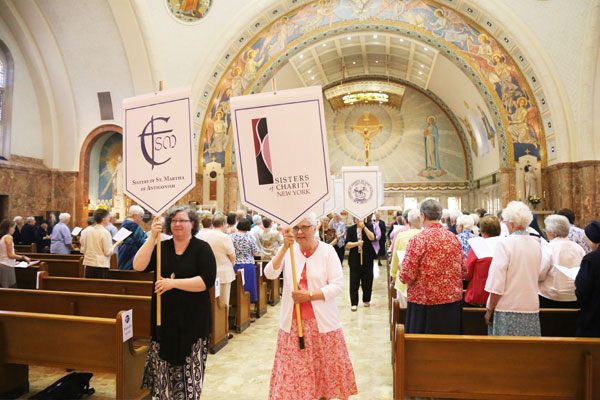 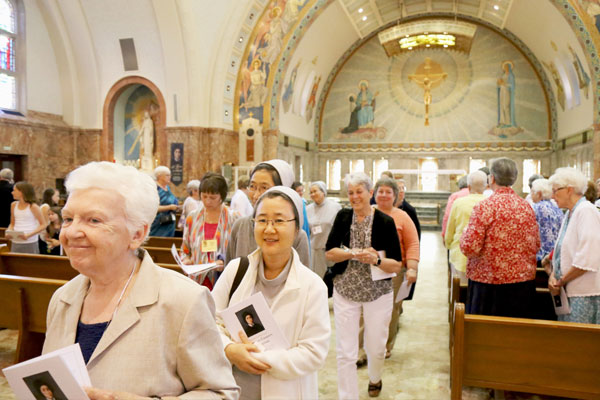 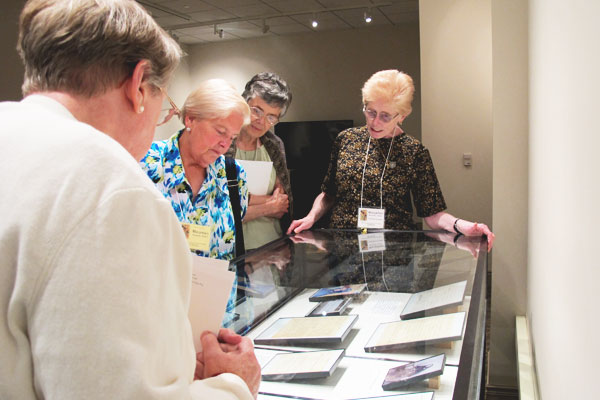 [More photos of the Mass in the Annual Meeting photo album]

Your ticket for the: Day 4: Deepening Charity for the Life of the World

Day 4: Deepening Charity for the Life of the World