Sisters of Charity Federation > News > News > Completion, with Eyes on the Horizon

Completion, with Eyes on the Horizon

December 6, 2016
No comments yet
News, Sisters of Charity of Cincinnati 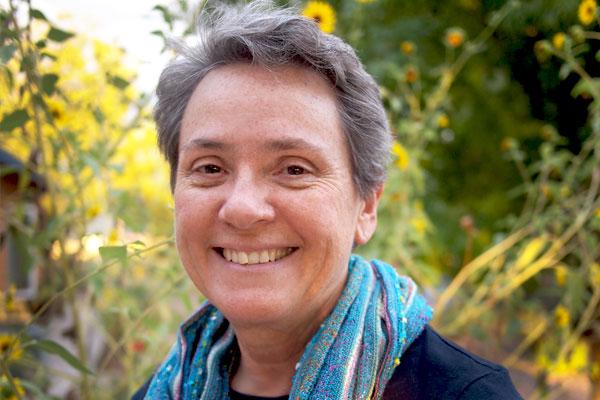 Sister Janet Gildea, a Sister of Charity of Cincinnati, reflects on her time in El Paso, being part of the bridge generation, and watching long-time ministries transition and transform into new being. Read more in her piece for the Global Sisters Report below:

Driving through the streets of Albuquerque on the way to a memorial service for Sr. Paula Gonzalez, I felt strongly the presence of the many pioneer Sisters of Charity who ministered there since the days of the Wild West. The intrepid Sr. Blandina Segale, now Servant of God in the process of canonization, arranged for the establishment of the school in the plaza of Old Town, and the convent there still bears her name. Over the years many students of the Sisters from the “Land of Enchantment” joined the congregation. Some of them, including Sister Paula, were my college professors in Cincinnati. Schools, hospitals, social services, parish ministries . . . hundreds of Sisters of Charity (SCs) served in Albuquerque and other New Mexico missions since 1865.

Now there are only three Sisters of Charity in the city. It takes no stretch of the imagination to realize that soon there will be none. What heartache! In my mind, I counted the remaining SCs in the cities “up the line” from Albuquerque to Denver: fewer than 20. Behind the driver’s seat we carried a large wood-carved statue of St. Francis from Catholic Charities in Albuquerque honoring the ministries of our sisters. I honored them in my heart, remembering so many stories they shared with me when I came to New Mexico just after first vows in 1986. I love our history here in the Southwest and I am grateful that I was able to experience the years of its completion.

St. Joseph Sr. Carol Zinn (SSJ) used that word “completion” in her remarks to the Resource Center for Religious Institutes, saying that it is not a question of “if” but “when” congregations in Europe, North America and Australia will complete their stories.

I read those remarks to my travel companion Sister Peggy during our journey to Albuquerque from the extreme southern border of the state. The words came to mind again as we made our way through the narrow streets of Old Town to the memorial service and I said to her, “This is what that word ‘completion’ feels like.” I imagined what the city looked like when Blandina arrived on the scene in October of 1880. “Back then it wasn’t much more than a collection of sand hills and adobe houses on the edge of the Rio Grande. Look at it now!” The first sisters started with nothing but faith and a willingness to work. This they did in collaboration with other religious (Jesuits, Franciscans, Sisters of Loretto, Christian Brothers), military and political leaders, railroad men and miners, native peoples and cowboys, even outlaws like Billy the Kid. Blandina’s plan of action was: “Do what presents itself, and never omit anything because of hardship or repugnance.” And she did it.

If we accept that this plan is completed, what is our next move? For some of us it will be the completion of a life of service and the “move” will be to the motherhouse or whatever places we provide for our last days. We will be the powerhouse of prayer that encourages the new sister pioneers who will move to the margins, existential or geographic, where, as Frederick Buechner said, “. . . the world’s deep need meets [their] deep joy.”

Every congregation has its Albuquerques. Such places were once the frontiers of mission, and they drew us like bees to honey. Often the more daunting the challenge, the more keenly the call was perceived. “God, it’s terrible. I have to go there!” said Fr. Ned Galvin, founder of the Society of St. Columban, upon hearing of the desperate conditions in China in 1911. Lepers on Molokai in 1884? Franciscan Sr. St. Marianne Cope said, ” For us it is happiness to be able to comfort, in a measure, the poor exiles, and we rejoice that we are unworthy agents of our heavenly Father through whom He deigns to show His great love and mercy to the sufferers.”

What new “expression of religious life,” as Zinn said, will meet the demands of ministry not just today but tomorrow? Who knows? I believe that our newest members have the eyes for those horizons. Reading even a few recent titles from GSR’s Horizons writers gives a sense of what they see: “A crash course in organizing: Overcoming fear,” “Building soil, cultivating peace,” “A consistent ethic of life is as relevant now as it was 30 years ago,” “I don’t know black,” “Living, loving and leading in fog,” and “An experiment in hope.” These young sisters are expressing how consecrated life will evolve. When they come, they may be new to the culture of congregation and even cultural Catholicism but they are often well-equipped with skills for collaboration, networking, appreciating diversity, community living, sustainability, and, of course, technology. And they are quick learners.

How can we welcome what our newest members bring and what they see? What resources can we make available? How do we help them prepare for a life that is still unfolding?

We readily acknowledge that we live in the tension between what is and what is not yet. Most congregations have set processes in motion for the transition of sponsored ministries, stewardship of resources, and care of the elders. We have all known the delicacy of convening gatherings of those sisters of a certain chronological age to have the critical conversations about the future. We have worked so diligently towards inclusion and consensus that we can hardly consider a process that leaves anyone out. I wonder, though, if this is somehow a way that we resist the inevitable completion that Carol Zinn dares to name.

I am in the bridge generation. I have known a congregation always getting smaller. I have experienced the transition of ministries and institutions that were at the end of our congregational life cycle — but I never felt the kind of sadness of the generations before me that had built and sustained them. As we drove through the streets of Albuquerque to honor the life of Sr. Paula Gonzalez, I felt the accumulated loss of so many sisters who sacrificed and served there.

I have always believed that a new generation would come after me, and that they would have the gifts needed for whatever religious life is becoming. As a member of this bridge generation I realize that I might never see the small and “nimble” community that the newest generation is beginning to describe.

But 25 years ago, I moved with two of my sisters to the horizon God presented us, to the southernmost border of New Mexico. Our move has provided a vantage point for the next generation. Now I have to be content, like Habakkuk to, “Write the vision down, make it plain upon tablets, so that the one who reads it will run. For the vision is a witness for the appointed time, a testimony to the end; it will not disappoint. If it delays, wait for it, it will surely come, it will not be late” (Habakkuk 2:2-3).

I’m listening for the vision of the horizon that our newest members tell me they see, so that at the very least, I can write it down and they can run. In my privileged position between the generations, I also hear stories from the other side of the bridge, from voices like Blandina Segale and Paula Gonzalez, and they convince me that we can and must trust these newest members and send them out with our blessing, confident that they will find the future God is already preparing for them.

[Sr. Janet Gildea is a Sister of Charity of Cincinnati. A retired family physician, she is Liaison for Women Religious for the Diocese of El Paso and directs women in initial formation for the Sisters of Charity.] Story originally published on Global Sisters Report.

Your ticket for the: Completion, with Eyes on the Horizon

Completion, with Eyes on the Horizon