November 17, 2016
No comments yet
News, Sisters of Charity of Cincinnati 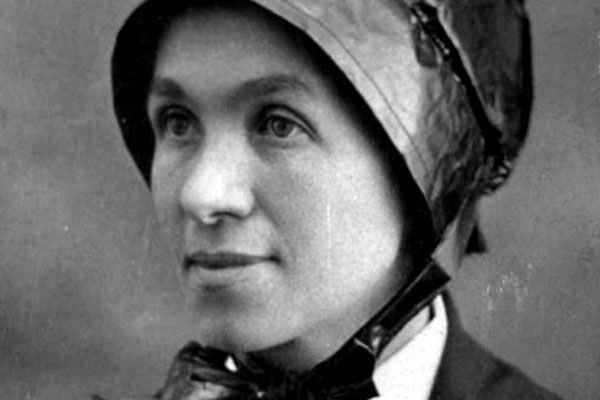 On Tuesday, November 15, 2016 the United States Conference of Catholic Bishops (USCCB) was consulted on the Cause of Beatification and Canonization of Sister Blandina Segale, SC, Servant of God. Archbishop John C. Wester of Santa Fe presented the biography of Sister Blandina Segale to the USCCB members during their annual Fall General Assembly held November 14-16, 2016 in Baltimore, Maryland. Archbishop Joseph E. Kurtz of Louisville, the USCCB President, posed the question for approval of the beatification and canonization of Sister Blandina Segale to the U.S. Bishops as a collegial body, asking if they supported the advancing of the Cause; the Bishops voted unanimously: YES. Episcopal consultation is a step in the Catholic Church’s process toward declaring one a saint.

This is an important phase of the Diocesan Phase of the Inquiry. Sister Blandina Segale was a Sister of Charity of Cincinnati. The Servant of God worked tirelessly in defense of immigrants and Native Americans. She built orphanages, schools and hospitals in Colorado and New Mexico from 1872 to 1894, returning to Albuquerque in 1900 to build St. Joseph’s Hospital. Today that ministry continues working with children and first-time parents as CHI St. Joseph’s Children which serves as the Petitioner of the Cause for Beatification and Canonization.

The Servant of God returned to Cincinnati, Ohio where she worked to build the country’s first settlement house. She worked with Italian immigrants and saved women from human trafficking. She faced frontier conflicts with a Gospel Justice, disarming gunfighters, lynch mobs and bandits with her kindness. She confronted and befriended outlaws like Billy the Kid (William LeRoy). She saved a man from a lynch mob by convincing the shooter to write a confession and convinced the victim, before his death, to pardon the shooter.

Her life is an example of peace and justice and calls all to recognize the dignity of the human being.

To learn more about the sainthood process visit:
www.usccb.org/about/public-affairs/backgrounders/saints-backgrounder.cfm.

This story was originally written by Celine Baca Radigan with the Archdiocese of Santa Fe Office of Communications. Learn more about Servant of God Sister Blandina, the upcoming “At the End of the Santa Fe Trail” television series based on her life, and her congregation at www.srcharitycinti.org.

Your ticket for the: USCCB Approves Canonical Step for Sister Blandina Segale