September 3, 2020
No comments yet
News, Sisters of Charity of Seton Hill 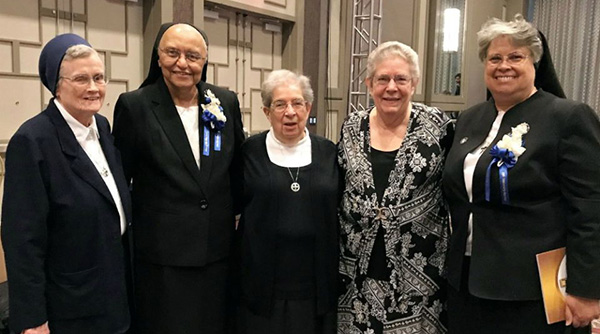 In 1921, the Sisters of the Holy Family were in a bind: They were primarily teachers, and the state of Louisiana had begun requiring certification. But the sisters couldn’t take the classes required for certification because schools were segregated, and Blacks were not allowed.

A call for help went out to women religious in the North, and the Sisters of Charity of Seton Hill responded, sending six sisters from Greensburg, Pennsylvania, to New Orleans to teach summer classes. The Sisters of Charity’s own college had been granted its charter as a four-year institution only three years earlier, but the sisters designed a curriculum and got to work. Four summers later, 10 Holy Family sisters passed the Louisiana state teachers exam and were certified…

That partnership, where white sisters from the North went south to help their Black counterparts, continued for more than 30 years, until civil rights laws allowed the Sisters of the Holy Family to open their own junior college in 1957.

Your ticket for the: New Orleans and Seton Hill sisters’ bond stays strong after 99 years