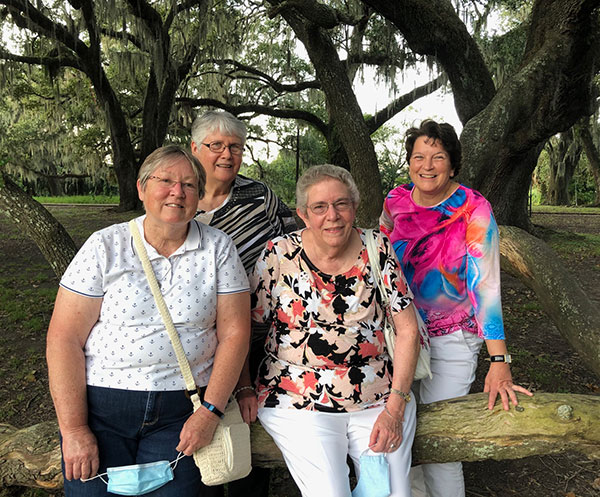 Last weekend, Sisters Patty Huffman, DC, and Vivien Linkhauer, SC (Seton Hill) received a warm welcome at the House of Charity in New Orleans. Despite the challenges of hurricane weather and COVID-19 restrictions, they made the journey safely and are settling in to their new community.

The House of Charity, a collaborative ministry of the Sisters of Charity Federation, is 10 years old this year. The HOC ministry is “to model collaboration among member congregations of the Charity Federation, witness religious life to a new generation of young adults, serve persons who are poor in their rebuilding efforts in New Orleans following Hurricane Katrina, and offer opportunities for vocational discernment and volunteer service, especially to young adults.” 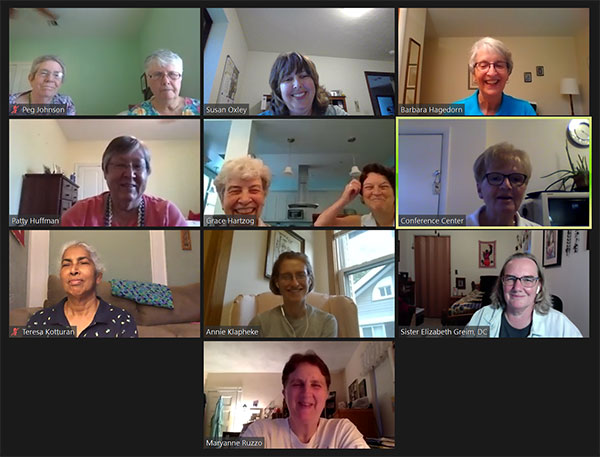 In September 2019, the federation sent a short survey to all its members with an invitation for sisters to be a part of the House of Charity ministry through prayer or a short or long-term commitment. Sisters Patty and Vivien responded to that call.

“The House of Charity community will face unique challenges given the changes and uncertainty of these unprecedented times. They emulate our goal as a federation to commit to never do alone what we can do better together,” said Sister Grace Hartzog, executive director of the Sisters of Charity Federation. 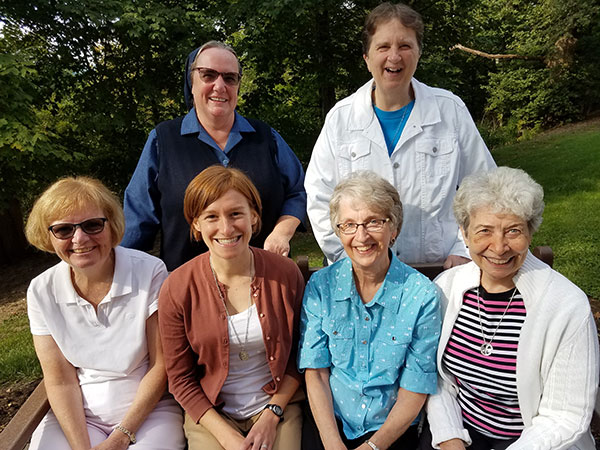 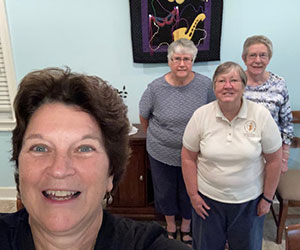 Sister Monica has a bachelor’s degree in sociology from the College of Mount St. Joseph (Cincinnati, Ohio) and a master’s degree in social work from the University of Denver (Colorado). She has worked with young people in campus ministry at the high school and college levels. Sister Monica also served in vocation and formation ministry for over 10 years. She worked with Catholic Social Services in Cincinnati and Catholic Charities in New Orleans during the BP oil spill in 2010. She is also a licensed massage therapist. A founding member of the House of Charity, Sister Monica was part of the “dreaming” of the House of Charity ministry. In 2019, she was elected to the leadership team for the Sisters of Charity of Cincinnati.

“I hope that the House of Charity continues to evolve as a place for prayer, community, hospitality and service. Over the years, we have welcomed sisters in our federation, discerners, sisters in formation, college students and so many others that were not imagined when we first began.

“One of our founding sisters advised the early community to ‘do whatever presents itself.’ Over the years, in addition to the work of rebuilding in the city, we have responded to floods, the oil spill, the needs of immigrants and the homeless as well as participating in advocacy for an end to racism, violence and murder in the city.

“In this time of the pandemic, we have had time and space to rest and to look at our mission with new eyes. Since we are limited in our ability to host visitors for this time, it gives us an opportunity for our new community in the House to listen and learn where God might be inviting us to serve our city and the surrounding area in the days to come.”

Sister Patty was born to Aline and Robert Huffman (both deceased) in Pensacola, Florida. She has two sisters: Judy, who lives in Fairhope, Alabama, and Roberta, who lives in Pensacola, Florida. She has been a member of the Daughters of Charity for 45 years, serving in a variety of ministries in the Midwest, Alabama, and Maryland, including health care, campus ministry, parish ministry, and education. Sister Patty was also a missionary in the Cook Islands.

Hopes/dreams for the House of Charity: “Number one, that we can start receiving volunteers again to serve the poor of New Orleans in a variety of ways. Two, on the short term, we can be of service to organizations that need one-on-one support to the poor, and we might do it as our local community.” 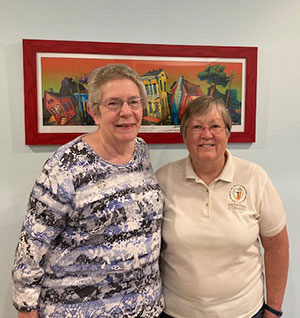 Sister Peg, a Sister of Charity of Leavenworth, Kansas, was born and raised in the Midwest “with my parents and three sisters in a small home filled with music, music, music!” She was educated from kindergarten through college in Sisters of Charity of Leavenworth schools, and entered the congregation in 1965. Sister Peg taught band and chorus in elementary and high schools, and worked as an associate administrator in secondary schools. She served as community secretary for her congregation for 12 years.

“By the grace of God, I have been gifted with a mission here in New Orleans at the House of Charity with wonderful women from Charity Federation communities. I am happily living life as we live it now in these times of virus and opportunity.”

Sister Vivien completed 10 years as the provincial superior/president of the U.S. Province of the Sisters of Charity of Seton Hill in 2012. She served for a year in South Korea teaching English to students at Somyong Girls High School. After returning to the United States, she worked as an intern in the congregation’s archives. She then served for four years as the vice president for mission and identity at Seton Hill University until October 2019. Sister Vivien earned her bachelor’s degree in French from Seton Hill College (now Seton Hill University) and her master’s and doctoral degrees in French on a NDEA Fellowship from Tufts University in Medford, Mass. Her academic interests today include the French School of Spirituality and work on the advisory committee of the Elizabeth Ann Seton Writings Project.

Hopes/dreams for the House of Charity: “That our local community will be welcoming as well as reaching out to others, and that we can bring joy, peace and assistance to those in need and contribute to the work of the Catholic Church in New Orleans.”

Your ticket for the: House of Charity welcomes Sisters Patty and Vivien