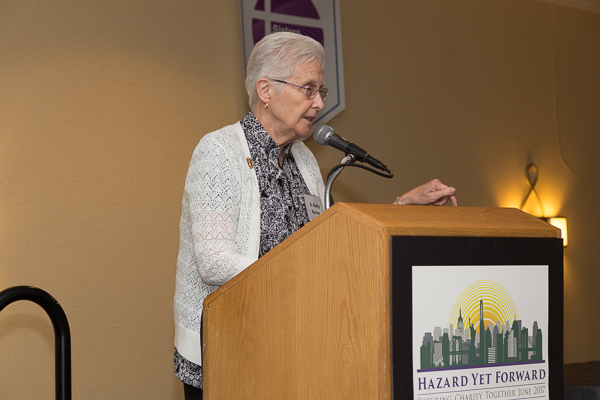 Sister Kathy introduced three intentions for the gathering: to identify and honor the diversity among us, recognize the current realities of the Federation, and articulate the implications as we live into our shared future. Meeting facilitator Sister Florence Hee, Sister of Saint Francis of Philadelphia, invited the participants to practice contemplative reflection and attentive listening throughout the meeting, and to “let what is being said speak to your heart.”

Sister Teresa Kotturan, SCN, NGO representative to the United Nations, spoke about migrants, refugees, and internally displaced persons, with a focus on women and children. According to the UN, every minute there are 24 people that are displaced from their homes, whether it’s due to war, climate change or other circumstances. Women face discrimination as women, migrants, and unprotected workers, and their children are particularly vulnerable, as many that are refugees or internally displaced lack a birth certificate or nationality. Sister Teresa shared that negotiations are in process for the adoption of the Global Compact for Migration and that the Global Compact on Refugees will be proposed by the UN High Commissioner for Refugees. 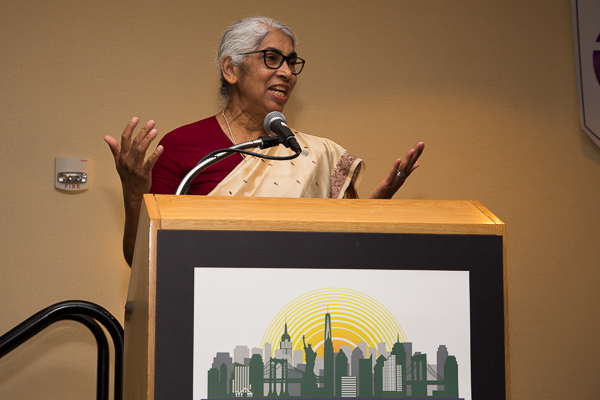 During the NGO liaison panel, Sister Helene Allain, NDSC spoke about the work by some Canadian congregations and groups to urge the Canadian government to suspend or revise the Safe Third Country Agreement and increase the refugee resettlement targets. Sister Eileen Haynes, SCL and Sister Carol DeAngelo, SCNY outlined strategies to aid migrants, refugees, and internally displaced persons in the United States. 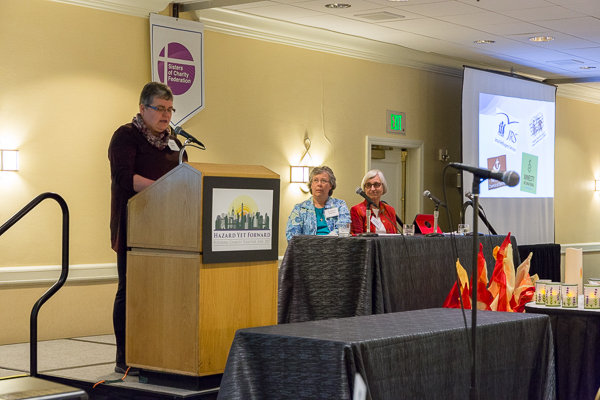 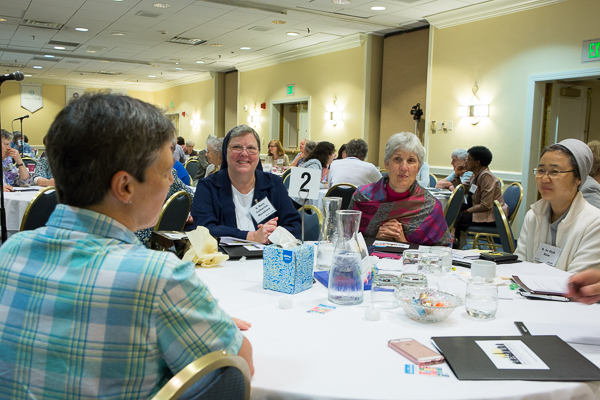 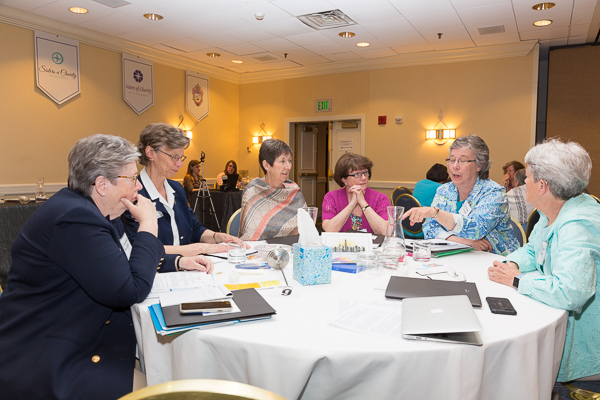 Sister Joan Cook, SC-Cincinnati, President of the Federation, commemorated several significant anniversaries celebrated in 2017, including the 400th anniversary of the Vincentian charism, the 200th anniversary of the arrival of the Sisters of Charity in New York, and the 70th anniversary of the first conference of Mother Seton’s Daughters. Sister Joan presented the Futuring 2017 and Beyond document, which calls Federation members to be in solidarity with those that are poor and marginalized, committing to “never do alone what we can do better together.” Each congregation stood and affirmed their commitment to the Futuring document to move the Federation forward. 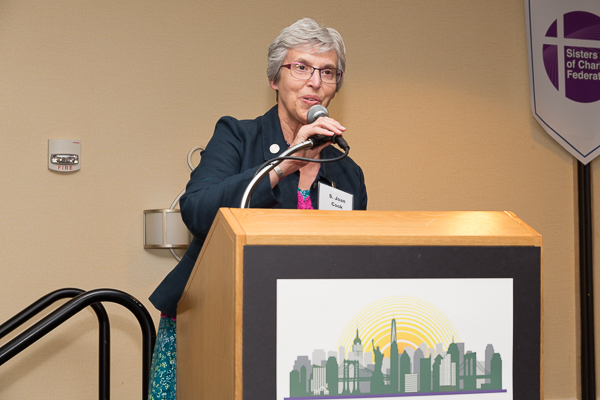 Short videos highlighted comments by Sisters in their sixties and a newer member from Future of Charity. 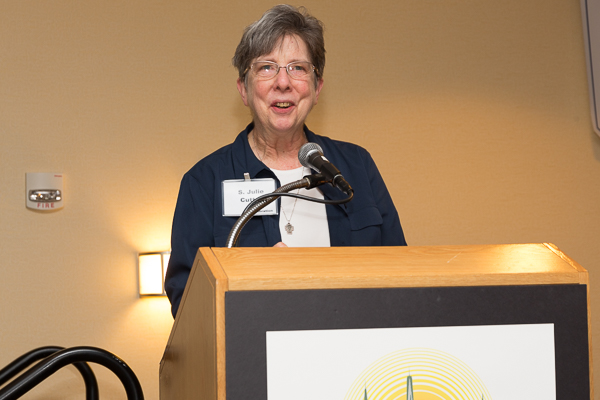 The Finance Committee shared their report, including the review of the third quarter report and an explanation of the proposed Budget for FY 2018.

A celebratory dinner followed that included a cake and champagne to mark the 70th anniversary of the founding of the Federation. 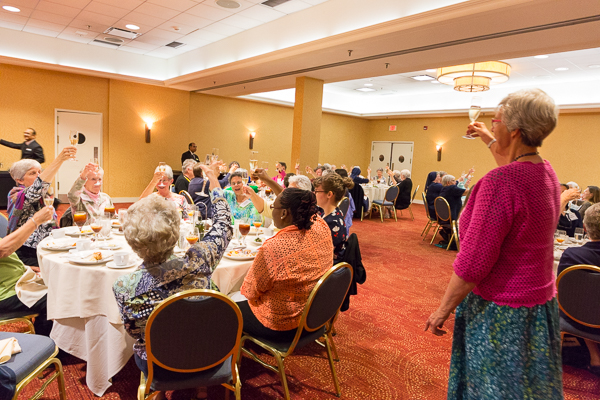 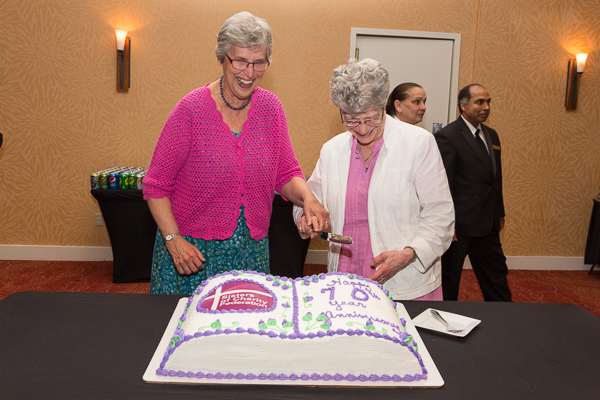 Your ticket for the: Day 2: Hazard Yet Forward