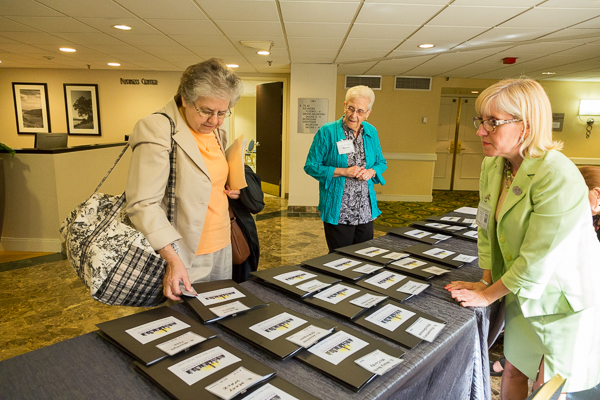 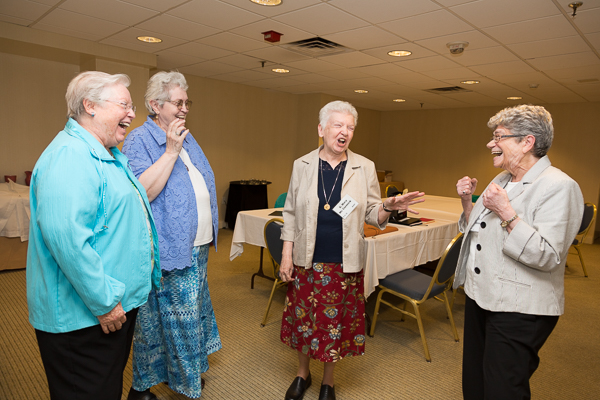 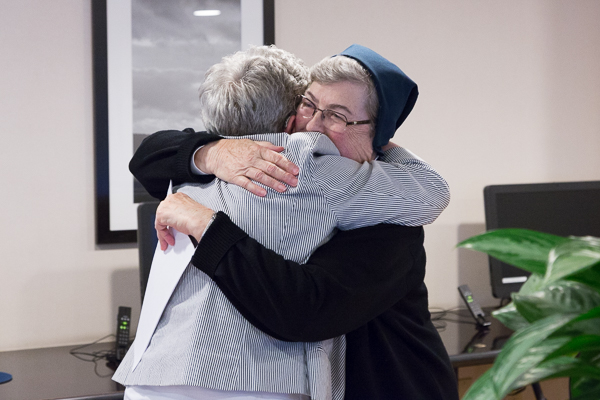 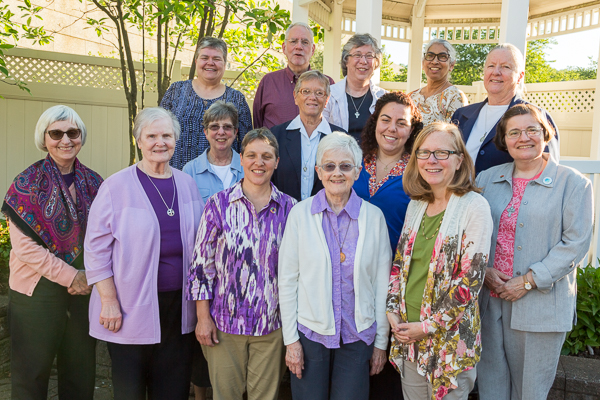 The Federation meeting opened on Thursday evening, June 1st, 2017 with greetings from Sister Jane Iannucelli, President of the Sisters of Charity of St. Vincent de Paul of New York. Sister Jane spoke of the theme “Hazard Yet Forward: Futuring Charity Together” as an invitation to “cross over the bridge to the future we are creating together.” 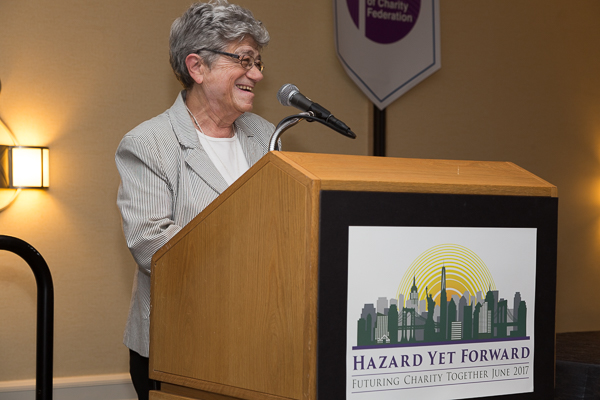 In a candle-lit opening prayer ritual, congregational leaders entered with a lamp of charity. Each delegation stood, acknowledged their members and staff in attendance, and shared a prayer for a particular need of the congregation to carry the charism into the future. Each prayer was met with the response of “hazard yet forward” from the audience. 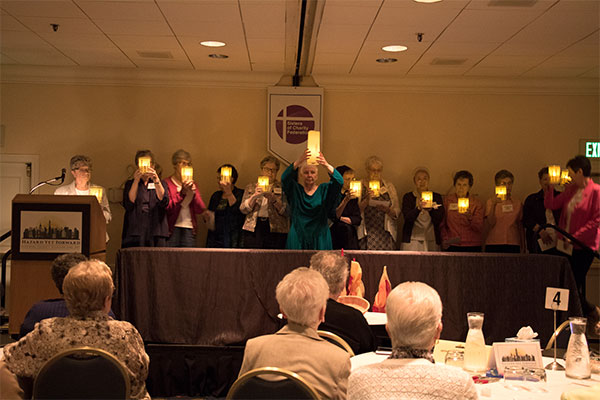 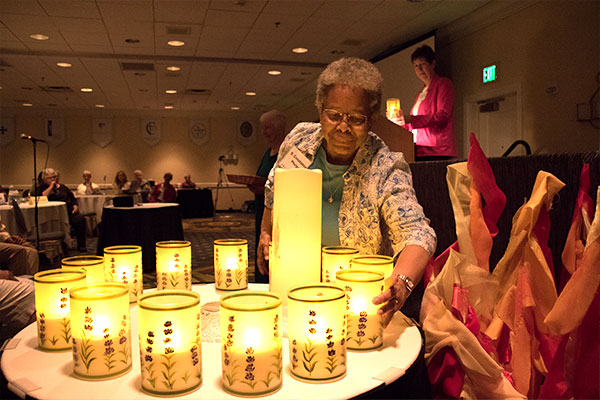 The evening concluded with a talk by Sister Mary McCormick, SCNY, who shared the stories of the first three Sisters of Charity who came to New York from Emmitsburg, MD in 1817. In 2017 the Sisters of Charity of New York are celebrating 200 years of presence in New York.

Your ticket for the: Day 1: Hazard Yet Forward