March 13, 2018
No comments yet
Daughters of Charity of St Vincent de Paul, News

Griffin Center programs for children began in June 1986 and were founded by another Daughter of Charity, Sister Julia Huiskamp. Observing the lack of opportunities available to the residents of East. St. Louis public housing, she approached the Housing Authority with a request to use a boarded up, dilapidated community building at the Villa Griffin development. With the help of volunteers the building was made habitable and the “Griffin Center” became a reality. Since its founding, thousands of low income children have participated in the after school and summer programs of the Center, all free of charge. Many firms, foundations and individuals support the social, emotional and educational growth of the children who participate in Griffin Center programs through donations that have helped to expand services from one housing project to the seven now served. 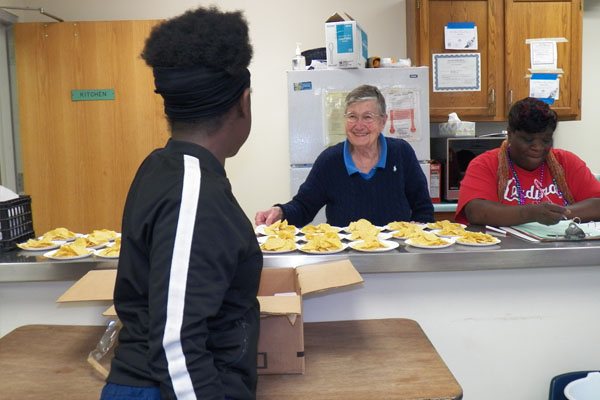 In the years since its inception, the Sisters serving at the Griffin Center have noted an increasing number of their children graduating from high school and even attending college. They and the Griffin Center staff and volunteers work hard at supporting the children’s academic achievement through tutoring and computer programs, provision of back to school clothing and book bags, attendance checks, special reading programs and general academic support.

Your ticket for the: NCSW Spotlight: Sister Beth Marie Ruder, Daughters of Charity