An astonishing number of people – 65.3 million, were displaced at the end of 2015, according to the UN High Commissioner for Refugees. It does not take into account the constant stream of people who have been displaced from their homes due to conflicts, wars, persecution and climate related disasters during the current year. Communications and social media make it possible for us to witness the disturbing images of people fleeing, looking for a safe place to begin a new life. Of the 65.3 million, 21.3 million are refugees, 3.2 million are asylum seekers, and 40.8 million are internally displaced within their own countries. The global population is 7.4 billion and one in every 113 people is either a refugee, an asylum seeker or internally displaced. Another disturbing factor is the number of children among the refugees – 51% in 2015, with many separated from their parents or traveling alone. 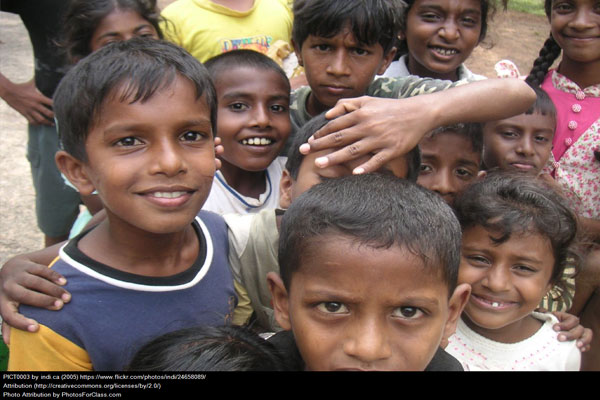 Why People Move: Migration, both voluntary and forced displacement is part of the human condition throughout history. Economic factors, especially extreme poverty and lack of opportunities for decent employment drive most of the international migration. On the other hand, refugees and internally displaced persons are a result of armed conflict, violence, persecution, political repression and human rights violations. Migration has been impacted by globalization – the economic and trade agreements between countries have widened the disparities between the developing and developed countries and inequalities within countries. Climate Change is becoming a driver of increasing migration and displacement in many parts of the world.

Who and where are they? Syria, Afghanistan and Somalia accounted for half the world’s refugees. Colombia had the largest numbers of internally displaced people – 6.9 million, followed by Syria – 6.6 million and Iraq – 4.4 million. During the past year we saw a surge – more than a million refugees and migrants arriving in Europe, challenging their capacity to welcome and provide shelter.

Contrary to the common perception, the vast majority of the world’s refugees are in developing countries in the global south. According to the UNHCR (UN High Commissioner for Refugees), 86% of refugees under their care are in low and middle income countries, close to conflict situations. Turkey is the largest host country, with over 2.5 million refugees, and in Lebanon, there is one refugee for every five citizens.

Most refugees and migrants face racism, racial discrimination, xenophobia and intolerance based on religion or belief. The anti-refugee rhetoric is so loud and it has been polarized to such a degree, most political leaders are paralyzed by fear and have no courage to speak up against xenophobia. Reframing the narrative and the debate around the issue is needed.

What we are observing globally is that policies are being put in place to prevent human movement, to criminalize migration and to close borders. This trend is against the fundamental rights of migrants and refugees. These policies and hostility on the ground have not stopped people moving, they are choosing dangerous routes and means which endanger their lives, to get to a safe country.

Though, refugees and migrants are governed by separate legal frameworks, they have the same human rights and fundamental freedoms. To ensure the protection of the human rights of refugees and migrants, it is crucial for all governments to ratify and implement the Universal Declaration of Human Rights, 1951 Convention and Protocol on the Status of Refugees, the International Labor Organization’s (ILO) Conventions on Migration, the UN International Convention on the Protection of the Rights of all Migrant Workers and Members of their Families. As of 2015, only 146 countries are signatories to the 1951 Convention and Protocol on the Status of Refugees. On World Refugee Day, the UN Secretary-General gave this message: “Our responses to refugees must be grounded in our shared values of responsibility sharing, non-discrimination, and human rights and in international refugee law, including the principle of non-refoulement.”

On September 19, 2016 the UN General Assembly will host a high-level summit to address large movements of refugees and migrants, with the aim of bringing countries together behind a more humane and coordinated approach. The website on the Summit states it is “a watershed moment to strengthen governance of international migration and a unique opportunity for creating a more responsible, predictable system for responding to large movements of refugees and migrants.”

In his report on large movements of refugees and migrants, the Secretary-General has urged the Member States to:

Civil society is asking for a new deal for refugees and migrants from Member States during the Summit:

Addressing the root causes: Large movements of refugees are a result of emerging and unresolved conflicts. The global community has a moral responsibility to find political solutions to conflicts and invest in peace building and reconciliation activities. Beyond that, investments need to be made in source countries for targeted economic development to provide decent employment and adaptation and mitigation efforts to combat climate change. It is equally important to provide education, skills training and improve the employability of the young, and bring about systemic changes in the structures that perpetuate generational poverty and exclusion. Economic opportunities are key to the future and stability of refugees and the countries and communities they live in.

Refugee and Migrant Children – half of the world’s refugees are children under the age of 18. When children are forced out of their home, they often miss out on years of schooling. Only 50% of refugee children are enrolled in primary schools and just one in four in secondary schools.

Detention of Children: Child migrants are most vulnerable to abuses by smugglers, traffickers, and law-enforcement groups. Yet these child migrants are detained at the borders in some countries. Child detention is against all the international and regional treaties on human rights and is a violation of child rights. In such detention centers they do not receive age appropriate services and have no provision for education.

A Gender Perspective to refugees and migrants – women and girls are particularly vulnerable to sexual violence or exploitation while in transit, at borders and host countries. The trafficking of women and girls for prostitution and forced labor is rampant during conflicts and natural disasters. Many women and children in refugee camps have no access to basic services, especially for their health and sanitation needs.

The draft declaration to be adopted by the Summit will not be legally binding and it lacks concrete commitments or new obligations and the language used is vague. A definitive action on Global Compact on Refugees for safe, orderly and regular migration will happen only in 2018. Still many have high hopes for the Leaders’ Summit hosted by President Barack Obama on September 20, where he will ask governments to pledge new commitments for refugees. Last September all UN member countries agreed to implement the 2030 Agenda for Sustainable Development with its central tenets to “leave no one behind” and to “endeavor to reach the furthest behind the first.” Refugees and Migrants represent one of the most vulnerable populations on the planet today. They have the aspirations of any human being and they rely on the international community to help them. How shall we respond to this Humanitarian Crisis of our Times? 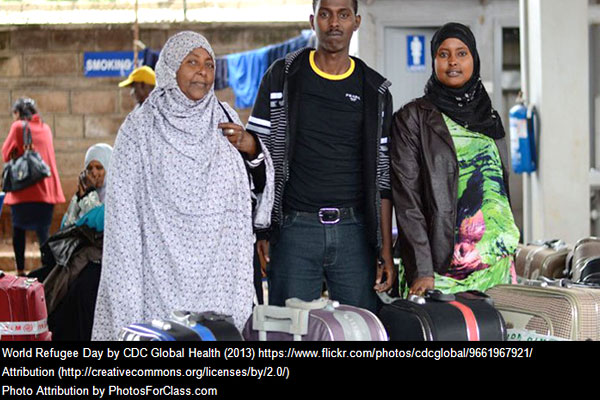 Your ticket for the: Global Response to Large Movements of Refugees & Migrants