Day 3: Creating a Shared Future — Now is the Time

Barbara Flores, SCN welcomed the leadership and Pat Wilson, SCH led the opening prayer with the theme, “In This Moment of Time.” Florence Hee, OSF then asked those present to reflect on what God is asking as they create a shared future for the Federation. 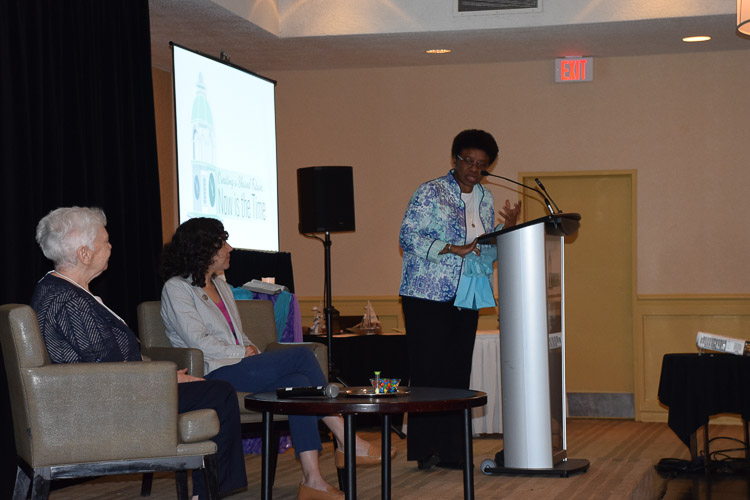 Barbara Flores, SCN introduced Mary McCormick, SCNY and Melissa Comardo, SCL, who engaged in a conversation to break open the theme of the meeting, Now is the Time. S. Mary distinguished between Chronos time and Kairos time. Chronos time is marked by business as usual, while Kairos time involves the in-breaking of the Spirit, which turns everything upside down. 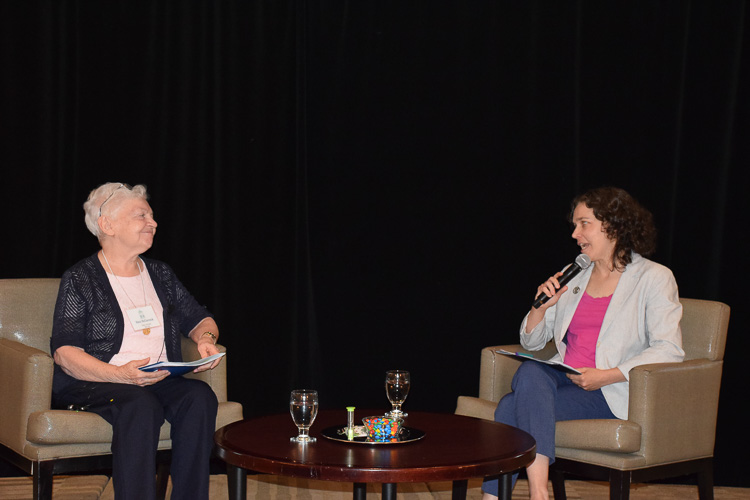 Melissa observed that each kairos moment required a Chronos moment to plan and to build structures that enabled the Federation to stabilize itself and grow.

Mary observed that, in order to pave the way for transformation that can bring us to the next kairos moment, we need the past, which has the lessons we need for today and which calls us to gratitude for all who have put faith and trust into the Federation. S. Melissa added that the graces of the present include our members and their lived experiences of following Christ, our growing contemplative stance, and our ability to listen through contemplative dialogue.

Melissa stated that the Federation needs the following graces for today: boldness, urgency and shared vulnerability. We need to live into an intercultural ethos in which there is no dominant culture, to embrace and live “a new frontier of the heart.” We need to feel a mission-directed urgency to alleviate the suffering of people around the world today. We need to be prudent and wise, but not wait until everything is in place to act. We need to overcome our fear of failure, which ties into the concept of vulnerability.

Mary and S. Melissa’s conversation concluded with a video refection with the song, “If Not Now” by Carrie Newcomer.

At the conclusion of the morning, Joan Cook, SCC stated all are aware of the plight of migrants at the Mexican/U.S. border and the strong stance of the U.S. Bishops about the injustice of this situation. There was overwhelming support to draft a statement which could be affirmed by the Federation leadership.

In the afternoon, the Sisters visited Caritas, which is the residence and administrative offices for the Sisters of Charity-Halifax. Joanne Burns-Theriault, Coordinator of Caritas welcomed the Sisters and Mary Flynn, Congregational Archivist, and Mary Palardy, SCH, Heritage Coordinator, gave a presentation on the heritage garden, paintings, and archival records on display. The heritage garden was created in 2010 with the designation of the arrival of the Sisters in Halifax as an event of historical significance. A new interpretive panel on truth and reconciliation was installed earlier in the day. 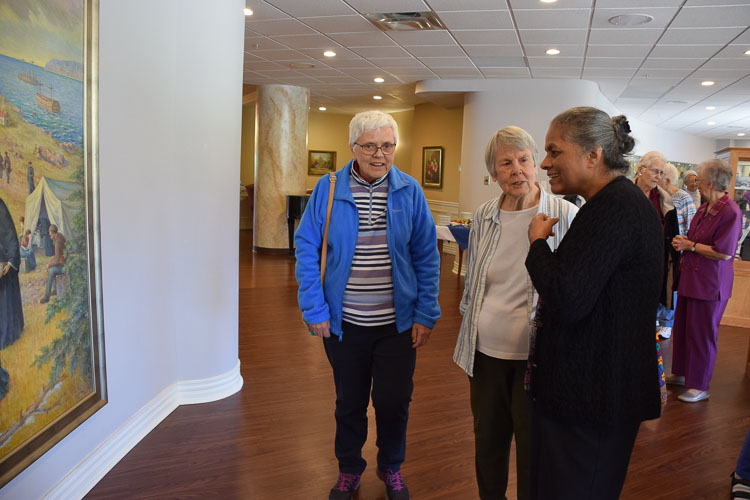 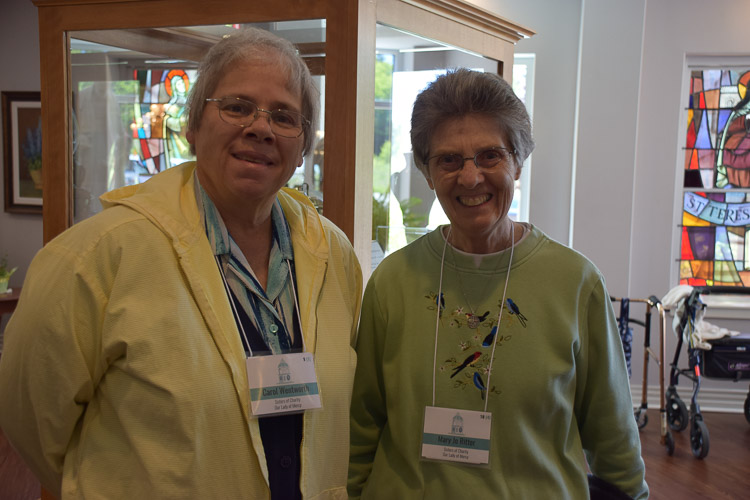 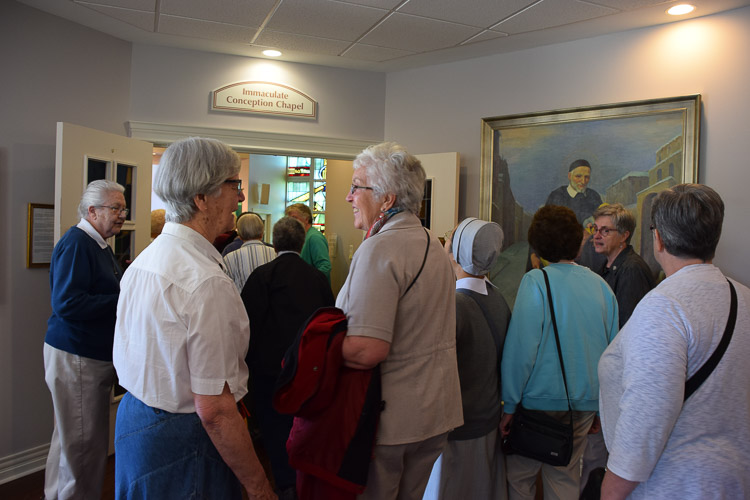 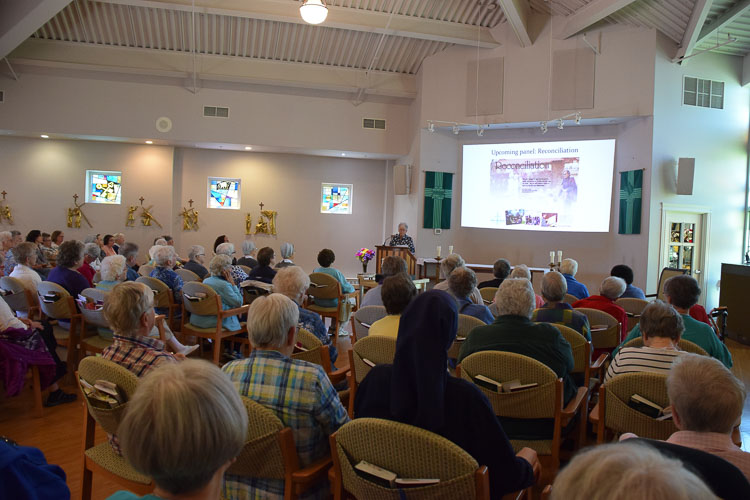 Following the visit to Caritas, the members enjoyed a dinner cruise around the Halifax Harbour and Northwest Arm. 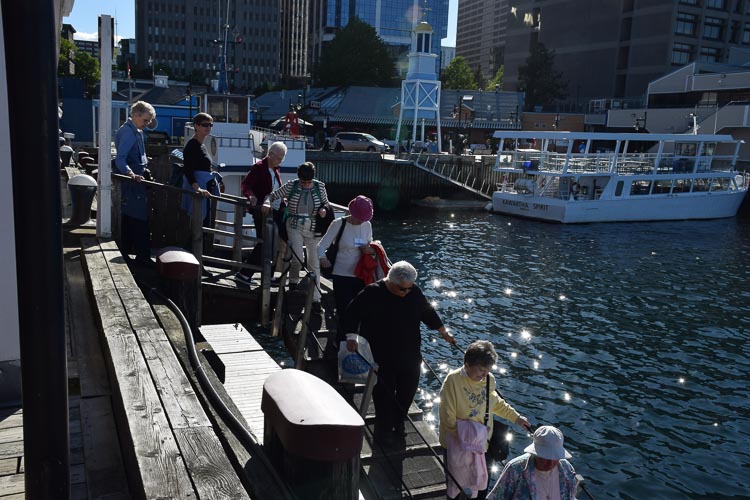 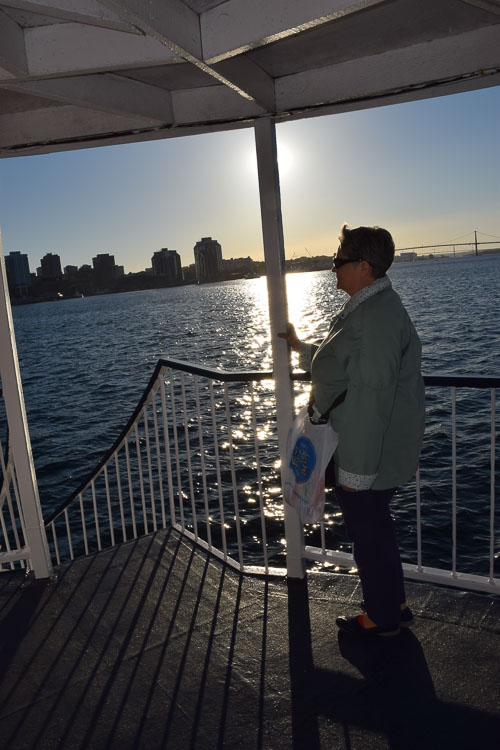 Your ticket for the: Day 3: Creating a Shared Future — Now is the Time

Day 3: Creating a Shared Future — Now is the Time