February 27, 2017
No comments yet
Daughters of Charity of St Vincent de Paul, News 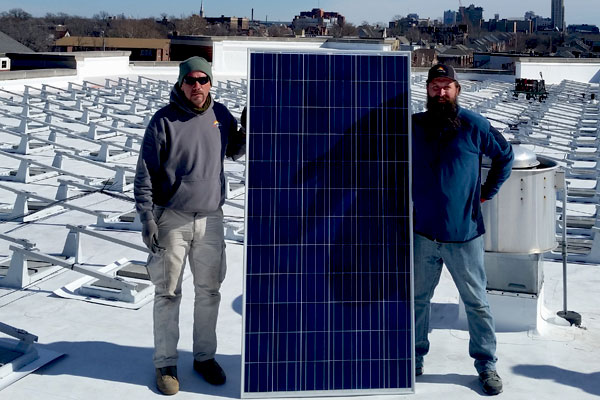 An energy audit was conducted at the Daughters of Charity Province of St. Louise Provincial Office in St. Louis, Missouri, a 30,000 square foot building. After several meetings with consultants, engineers, and facilities personnel, it was decided that the Provincial Office would take action to move forward implementing improvements to conserve energy. The project was separated into three components—LED lighting, new roof, and solar array installation.

Next, a new Thermoplastic Olefin (TPO) roof, which has energy saving characteristics due to the white reflective material, was installed to accommodate the solar array.

Once the roof was in place, the solar panels were added. The 246 305-watt panels will provide power for the entire building including lighting, heating, cooling, and other electrical components. Facing due south, the panels provide supplemental power that can be switched between solar and Ameren UE power seamlessly when the sun is not producing enough light on cloudy or rainy days.

The conversation about significant energy savings began in August of 2015 following Pope Francis’s Laudato Si. “As a Province, we have been taking time to discuss Pope Francis’ encyclical Laudato Si and challenging ourselves to be more intentional about decisions that reflect our care for our common home,” says Visitatrix, Sister Louise Gallahue, D.C. “The solar panel project and LED conversion are two concrete efforts of our ‘walking the talk!’”

Provincial Councillor, Sister Mary Walz, adds, “Over the years, the Advocacy and Social Justice Committee has encouraged our Sisters to advocate for policies and practices that protect the earth. I’m thrilled that we were able to make this commitment to being better stewards of the gifts of creation!” 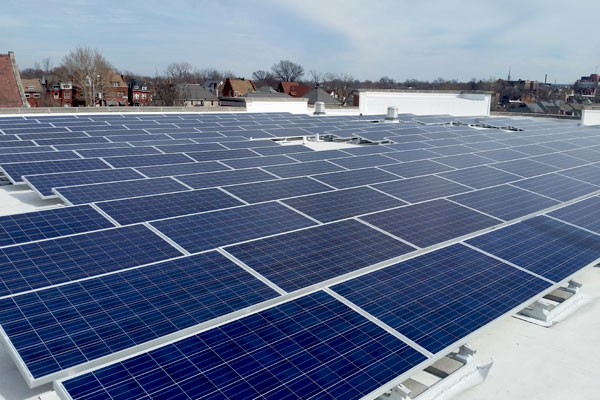 Story written by Claire Meyerhoff with the Daughters of Charity

Your ticket for the: Daughters of Charity Conserve Energy, Go Solar