More than one million people participated in women’s marches across the United States and around the world on Saturday, January 21, and some of our sisters and associates from the Sisters of Charity Federation joined in.

A few made it to the Women’s March on Washington in D.C., and others participated in local rallies across their state. Each marched for values and hopes dear to their heart. Some of those varied reasons included care for the planet, affordable health care, civil rights, women’s rights, an end to racism, support for immigrants and refugees, and human rights for all.

Hear what some had to say about their participation: 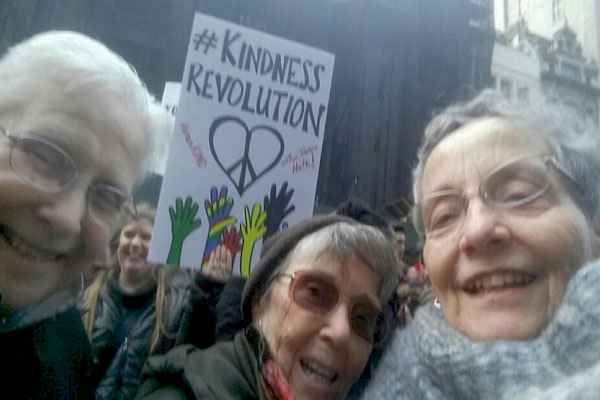 “I marched for justice for so many women who are not considered equal and thus are easily overlooked, dismissed, abused and then forgotten. These marches showed that women do not belong in those boxes!” – Sister Mary Ellen O’Boyle, SCNY 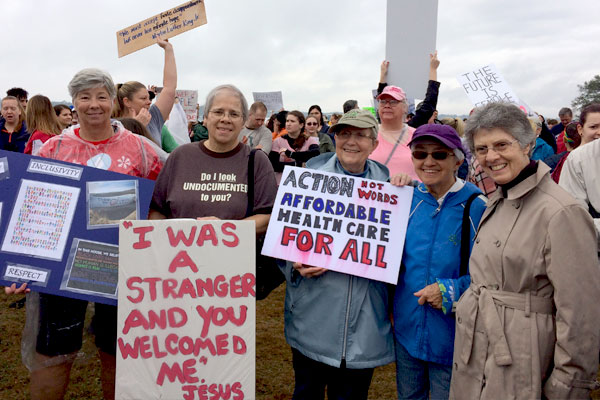 “I marched in support of immigrants and refugees.” – Sister Carol Wentworth, SC-OLM 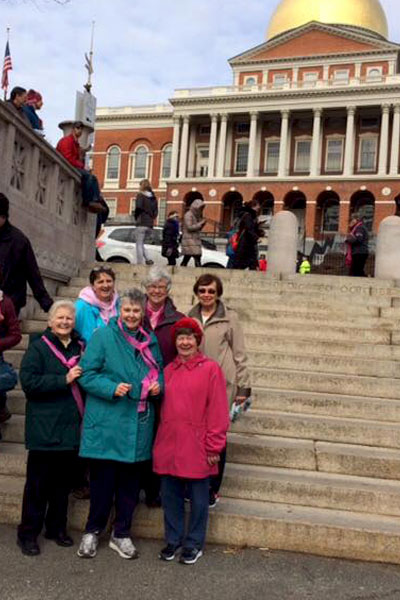 “For me it was the right time to do more than observe history in the making. There are many open questions about the future. I wanted to participate in a group coming together to express love of democratic principles and to project energy and determination to make an impact on decisions going forward. Interacting positively with others in the diverse, huge crowd, reading hand-made signs and feeling the joy exceeded my expectations.” – Associate Elaine Devaney, SC-H 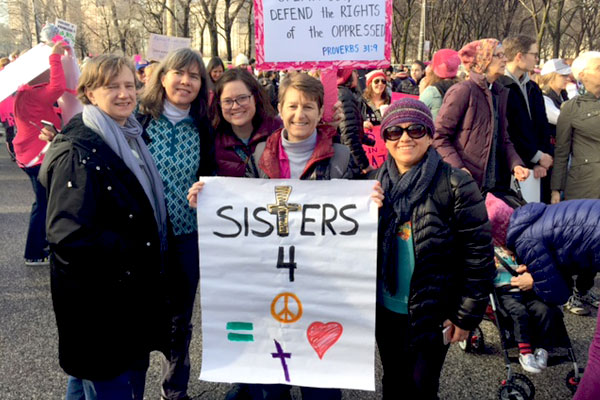 “As I have reflected on the tenor of our country and on scripture, I asked myself, “am I/are we doing our part for the orphan, alien and widow of our time? Am I/are we loving our neighbor as ourselves? I was impelled. I could not not go.” – Sister Nancy Gerth, SCN 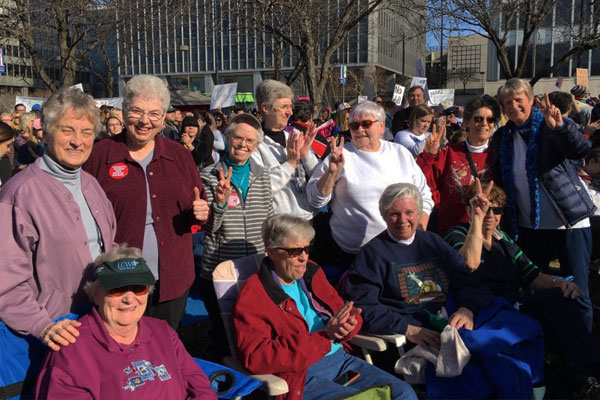 “I went to be in solidarity with those who are on the margins. I felt that I needed to be a ‘voice’ and stand with others who feel the same about issues that are not meeting the critical needs of those at risk during these times.” – Sister Nancy Bauman, SCL 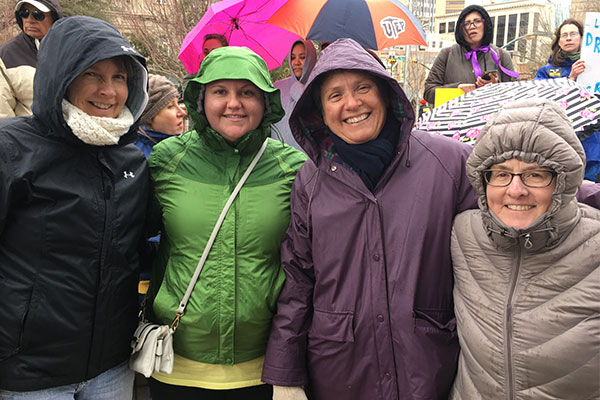 “I needed to be with others at the Women’s March as an antidote for feeling powerless and silent before the divisive forces at work in our country. It was a way to raise my voice and be in solidarity with those who are most vulnerable.” – Sister Janet Gildea, SC-Cinti

A few of our younger women religious also helped pen a letter to the women’s march leaders about pro-life participation, which you can read here: https://giving-voice.org/news/message-gratitude-and-challenge-young-catholic-sisters

Women religious are no strangers to activism, from legislative advocacy with public officials to community organization and public action. Many sisters can be found organizing and engaging in justice activities such as climate change marches and public protests of pipeline construction and mining practices. Others take part in community marches to spread public awareness of human trafficking, a modern day form of slavery. Sisters can also occasionally be found participating in demonstrations outside of detention centers, where asylum seekers are imprisoned in dehumanizing conditions awaiting a hearing. 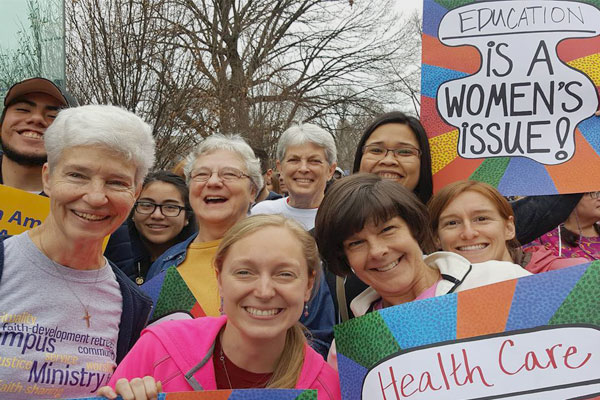 Sisters of Charity of Cincinnati at the women’s march 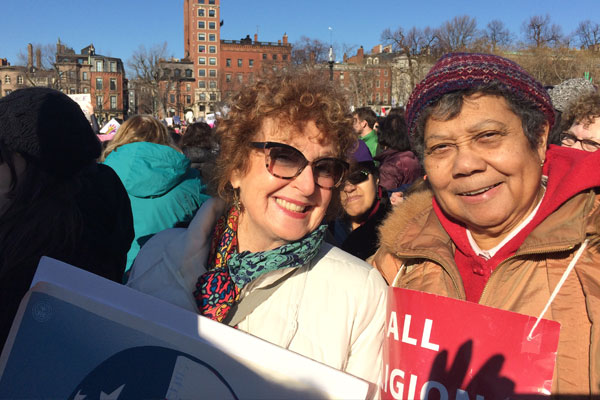 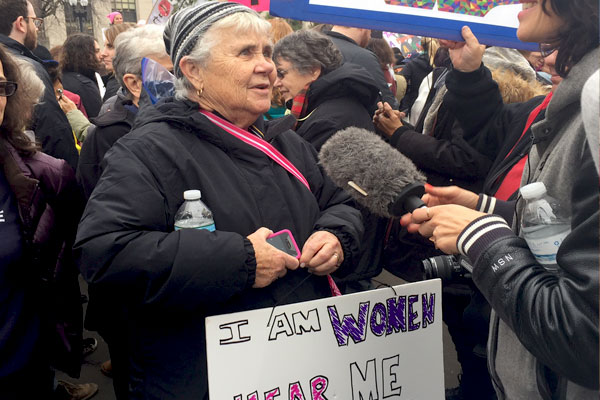 Sister Florence Speth with the Sisters of Charity of New York participated in the D.C. march

Your ticket for the: Sisters and Associates join in women’s marches