Pope Francis continues to call on every parish, every religious community, and every sanctuary to take in refugee families. The sisters of Les Religieuses de Notre-Dame-du-Sacré-Coeur (NDSC) in Dieppe, New Brunswick, Canada have taken that call to heart.

The congregation was initially called on in December to help a sponsoring local parish community receive a large Syrian family who had been living in the camps in Jordan for five years. The sisters got to work collecting donations and knitting handmade items for the children, which were presented to the family after their arrival in February. Sister Judith Fitzgerald, Councilor and Treasurer of the NDSCs, says their initial involvement is what planted the seed and sparked the congregation to consider other opportunities for Gospel generosity.

“We had a duplex house with only one sister living there and offices on the other side, so we decided to sell the house,” Sr. Judith said. “All the talk about the families came along, and we thought it might be a great opportunity to provide this house to the Syrian families.”

In just a few short weeks, construction renovations will be completed and two large migrant families, one with five children and one with six children, will move into their permanent homes in the fully-furnished duplex. The house is located near a park and has lots of space, with a backyard and a deck and a place to make a garden.

“When we decided we were going to provide them with the house, an Arabic lawyer came and explained it to one of the families and it was very emotional,” said Sr. Judith. “They couldn’t believe that they were so fortunate. Both the mother and father were flabbergasted.”

One family is working in the garden plot together as a family to ready it for planting. 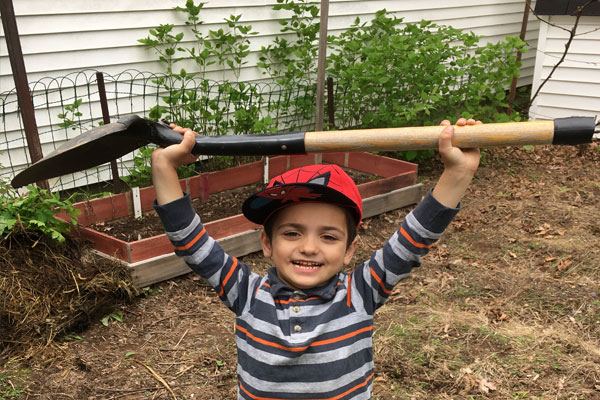 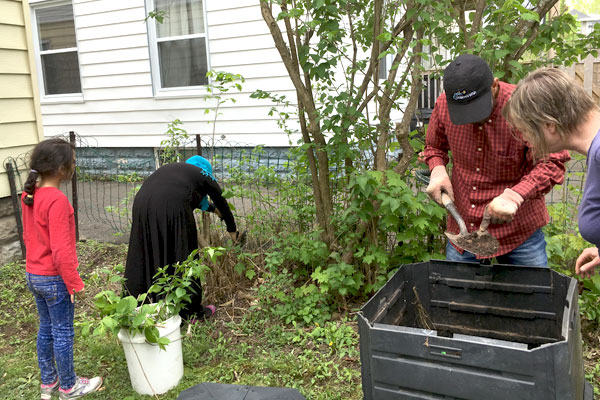 The family has done a few walkthroughs with the sisters, one in which the husband humbly said, ‘I’d move in right now if I could.’

“These families moved to Canada for their children, so that they can grow up in a safe environment,” Sr. Judith said. “They had to leave their relatives behind, but they wanted to protect their children.”

Sr. Judith says the NDSC congregation is looking forward to the families moving in and getting settled, and hopes that they will be able to visit the Motherhouse so that the sisters have the opportunity to meet them. On June 25, the first family will be moving in.

“It’s not enough to say ‘Have courage, hang in there,’” Pope Francis said. “Faced with the tragedy of tens of thousands of refugees who are fleeting death by war and by hunger, and who are on a path toward a hope for life, the Gospel calls us to be neighbors to the smallest and most abandoned, to give them concrete hope.”

Your ticket for the: NDSCs make Moncton home for Syrian refugee families