For 2022, a pledge to help save the Hudson River

January 11, 2022
No comments yet
Sisters of Charity of New York 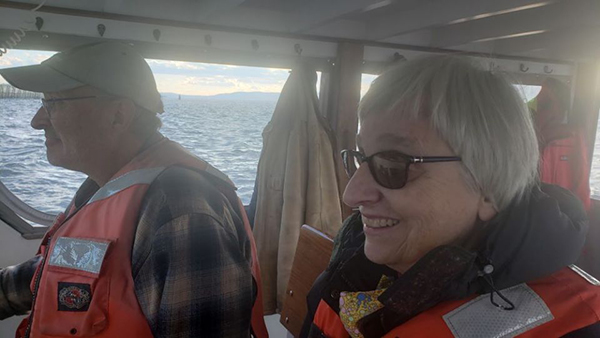 The Hudson River Valley is a mostly serene landscape that those not familiar with New York may be surprised to learn is not far at all from the often-riotous life of New York City: You can be in the river valley in less than a half hour by train.

I was determined to experience the waterway itself — that huge, 300-mile expanse that flows from the Adirondack Mountains in northern New York state all the way south to New York Harbor, eventually connecting with the Atlantic Ocean.

In mid-November, I got my wish, joining Sister of Charity Carol De Angelo and John Lipscomb, a boat captain and the vice president of advocacy for the environmental watchdog group Riverkeeper, on a three-hour afternoon trip exploring areas not far from Ossining, about 40 miles north of the city.

Your ticket for the: For 2022, a pledge to help save the Hudson River

For 2022, a pledge to help save the Hudson River