Day 4: Creating a Shared Future — Now is the Time

Mary McCormick, SCNY opened the meeting, thanking the Halifax congregation for the dinner cruise the evening before. Pat Wilson, SCH led the Federation in prayer, which included a Danish video, All that We Share, about seeing beyond differences to the commonalities among people.

Joan Cook, SCC introduced the group of volunteer writers that had prepared a draft statement to be reviewed. By acclamation the Federation approved a public statement issued in support of the U.S. Catholic Bishops’ statement that the separation of children from their parents at the U.S./Mexico border is immoral. The statement also decries the recent decision of the U.S. Attorney General that potentially strips away asylum protections for abused women who seek refuge in the U.S. 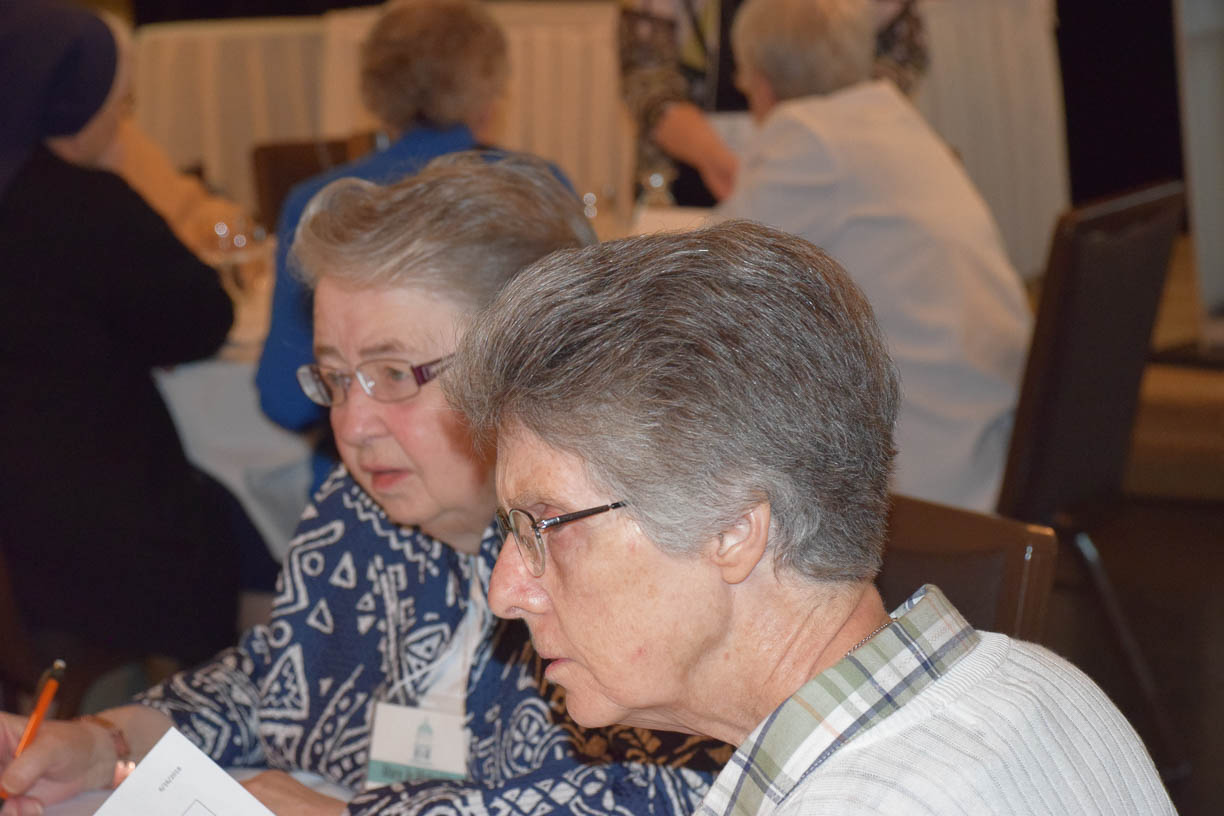 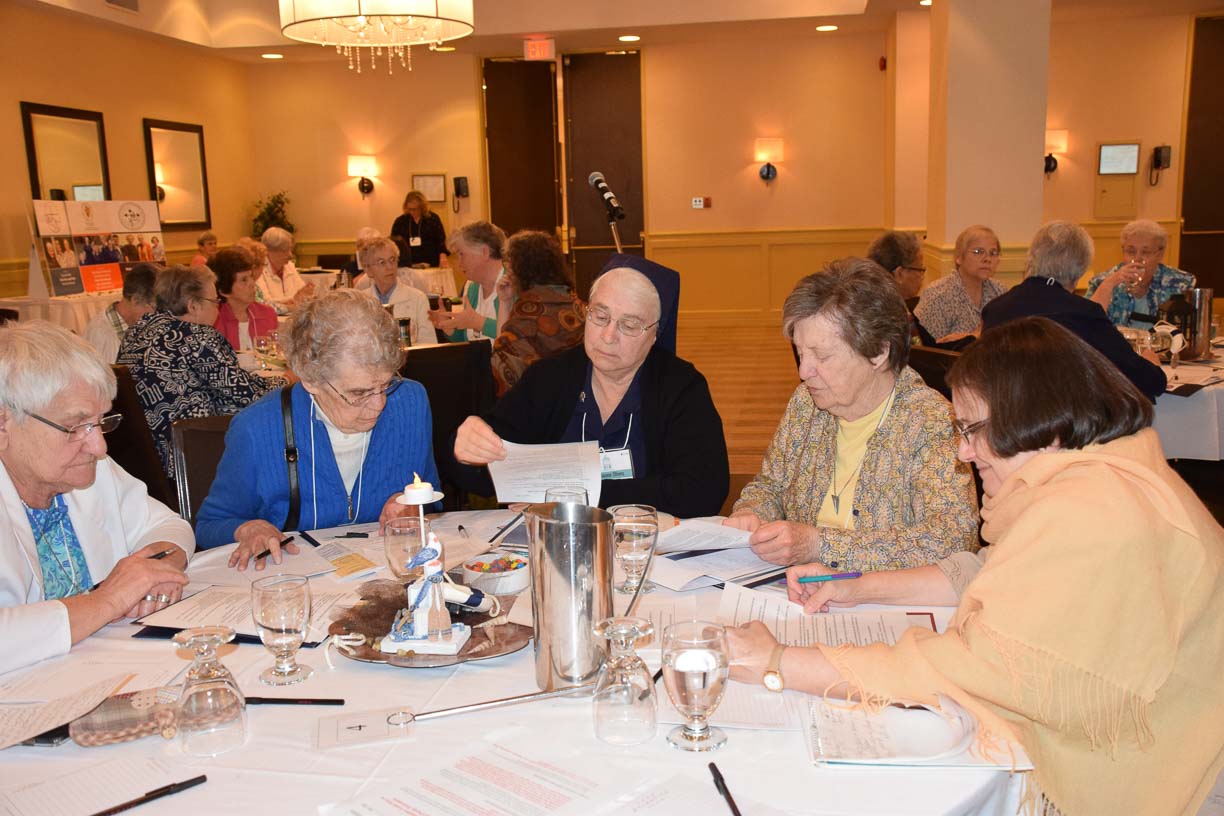 The Federation then engaged in conversations at table for the remainder of the morning. In these base tables, the members of the Federation were asked to come up with a few actions or concepts that call for attention going forward. 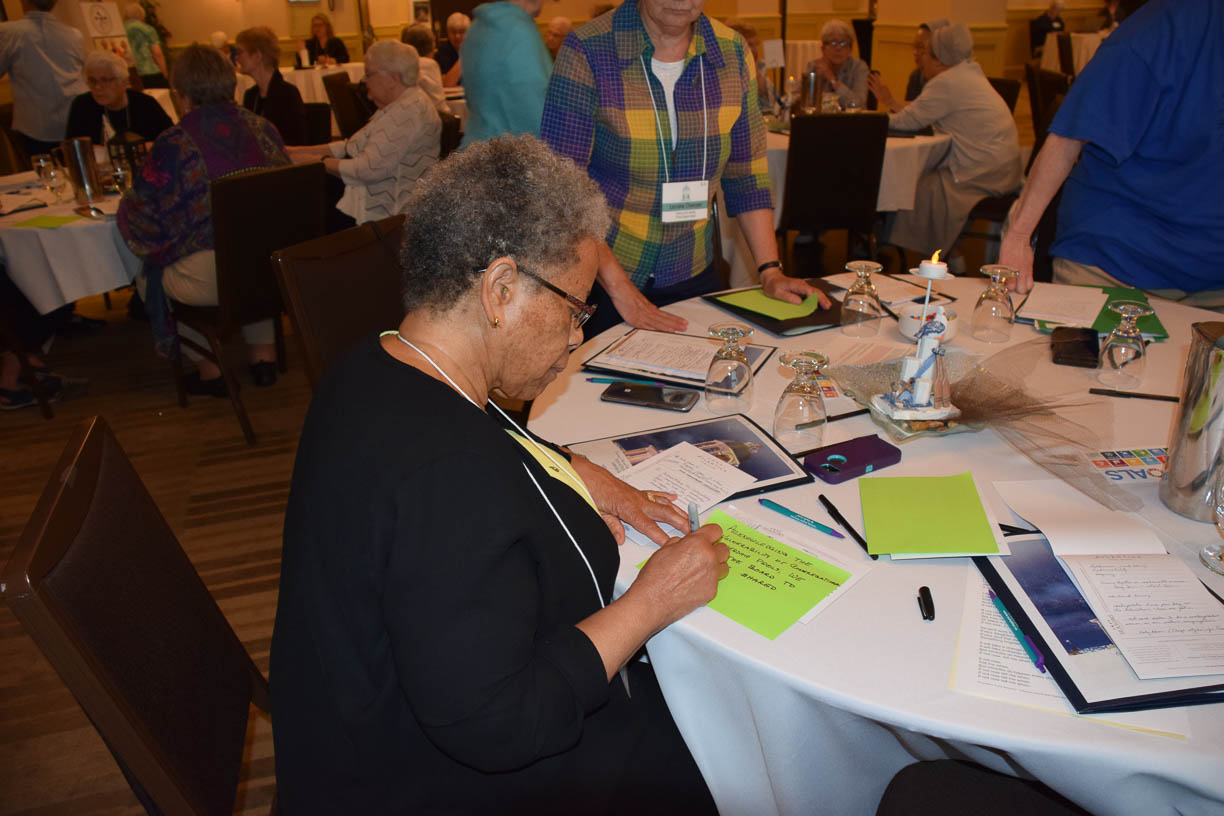 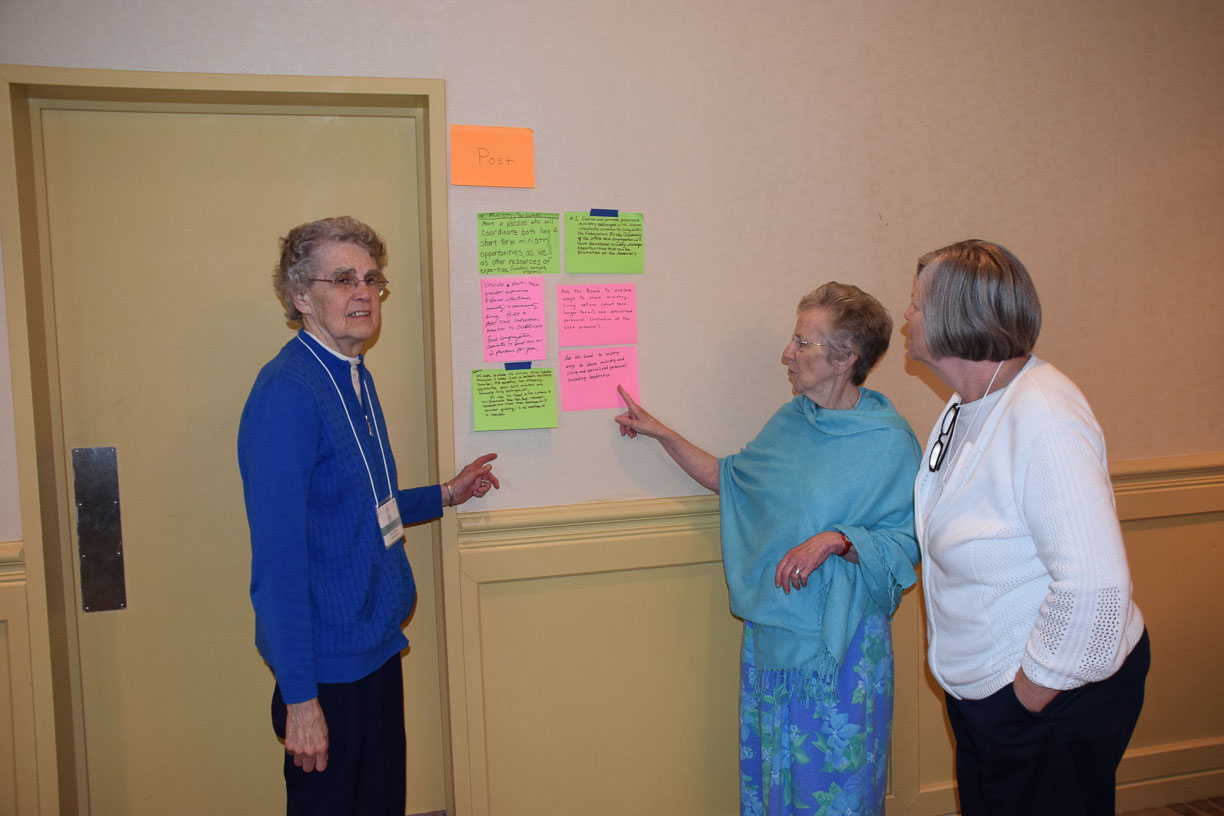 After lunch facilitator, Florence Hee, OSF offered an overview of the process for the afternoon which involved bringing the single action or concept from the morning’s discussion to the afternoon’s consensus group. Each consensus group was asked to come to one – at most, two – concrete action that the Federation should consider.  The action statements were posted and similar actions/concepts were grouped together. After the actions/concepts were reviewed by the group, there was an opportunity for the participants to reflect upon how the Spirit stirred within them as they reviewed the suggested actions/concepts. Comments were made about the abundance of suggestions that used ministry as a connecting point in order to enable grassroots Sisters to learn about other Federation members, as well as the success of short-term ministry experiences. The actions/concepts will be collated and will be sent to the Federation Board for processing. 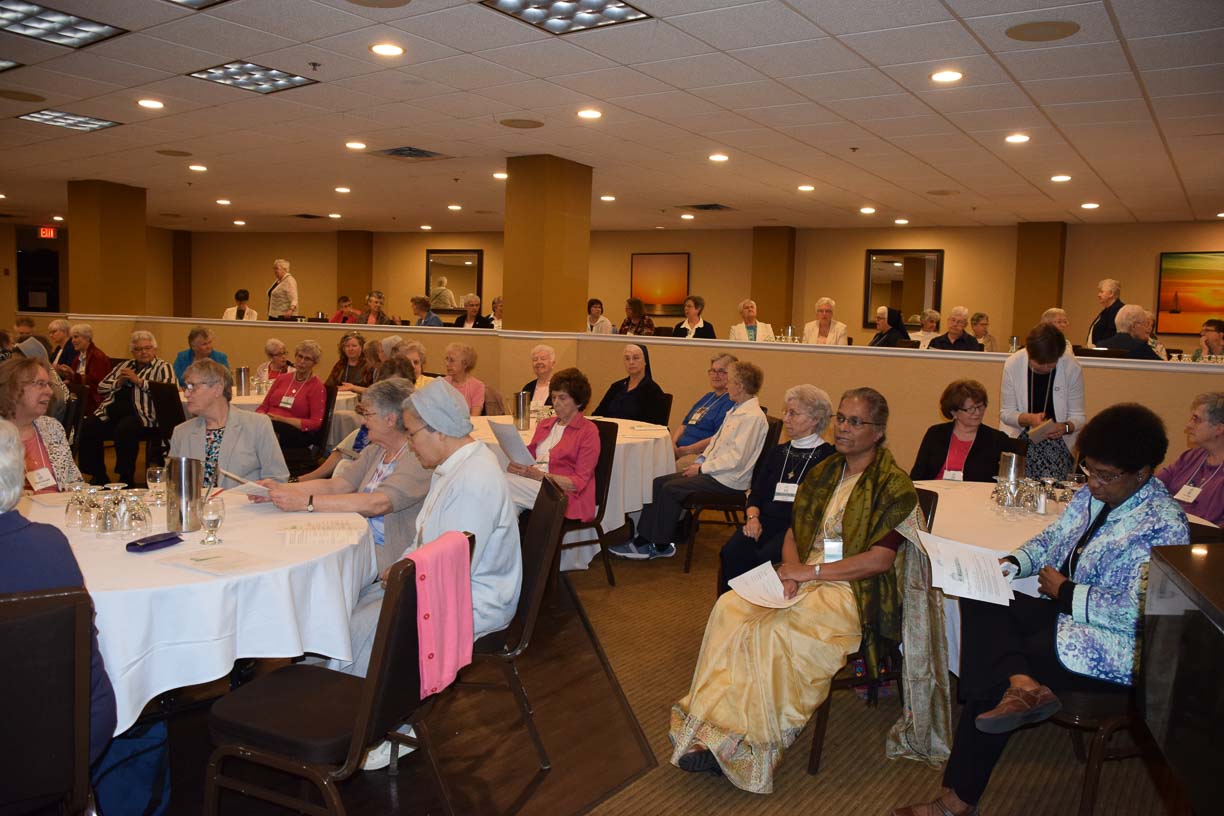 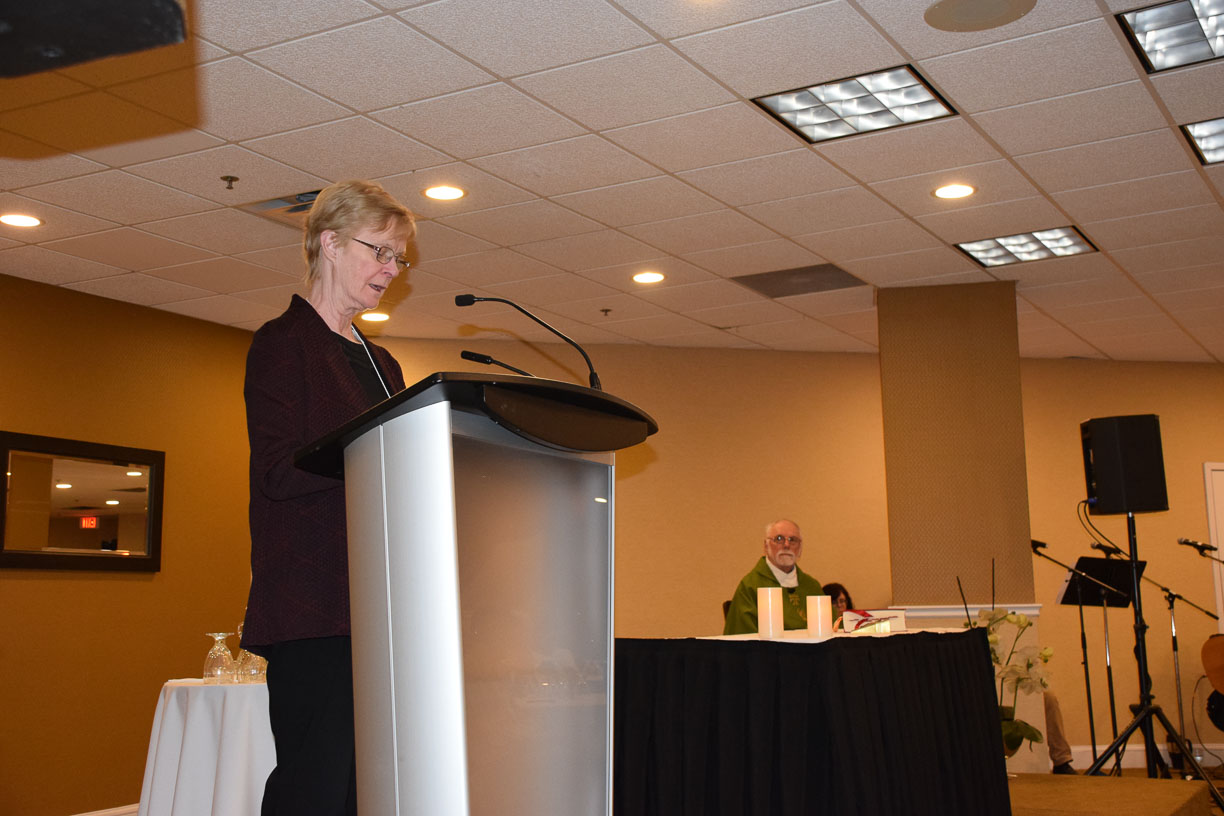 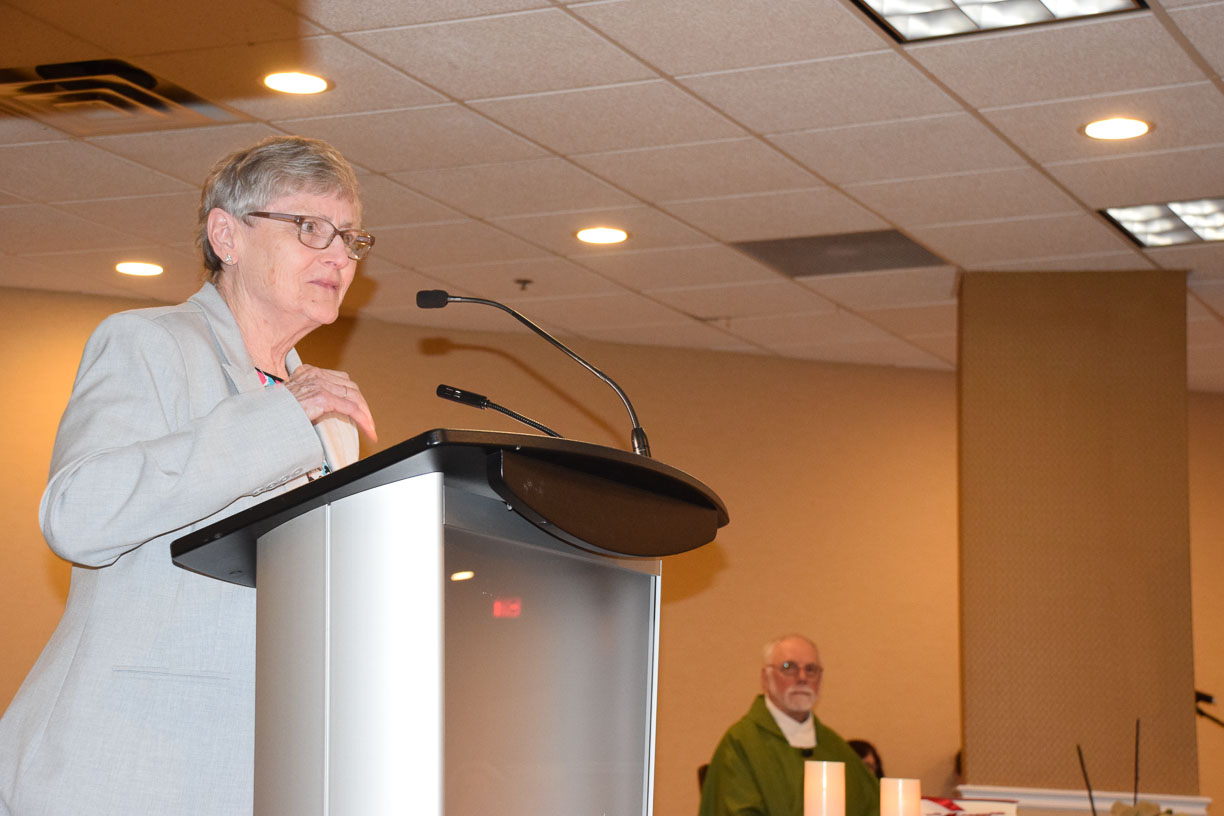 The Federation celebrated liturgy for the eleventh Sunday in ordinary time. They then enjoyed a banquet and entertainment, “A Celebration of Nova Scotian Culture” in music and dance, provided by Mi’kmaw, Scottish, and the Maritime Bhangra dancers. 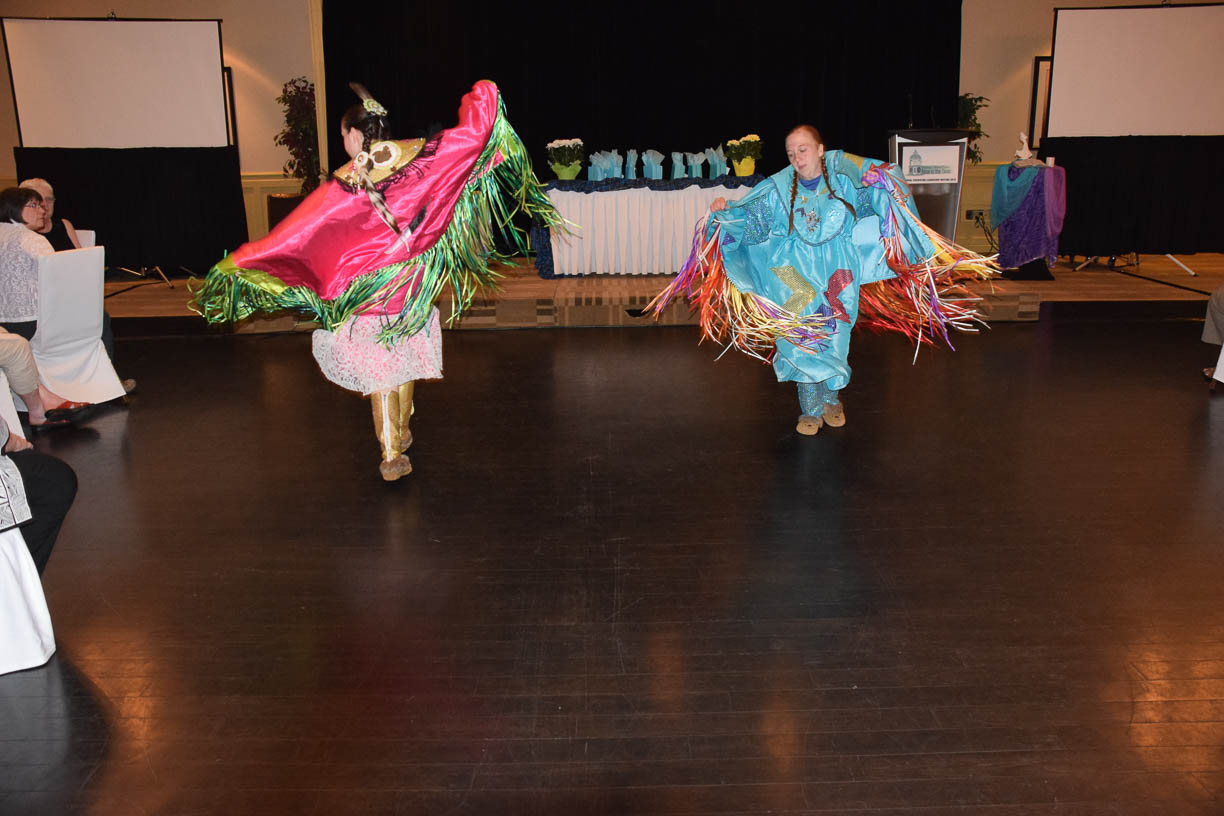 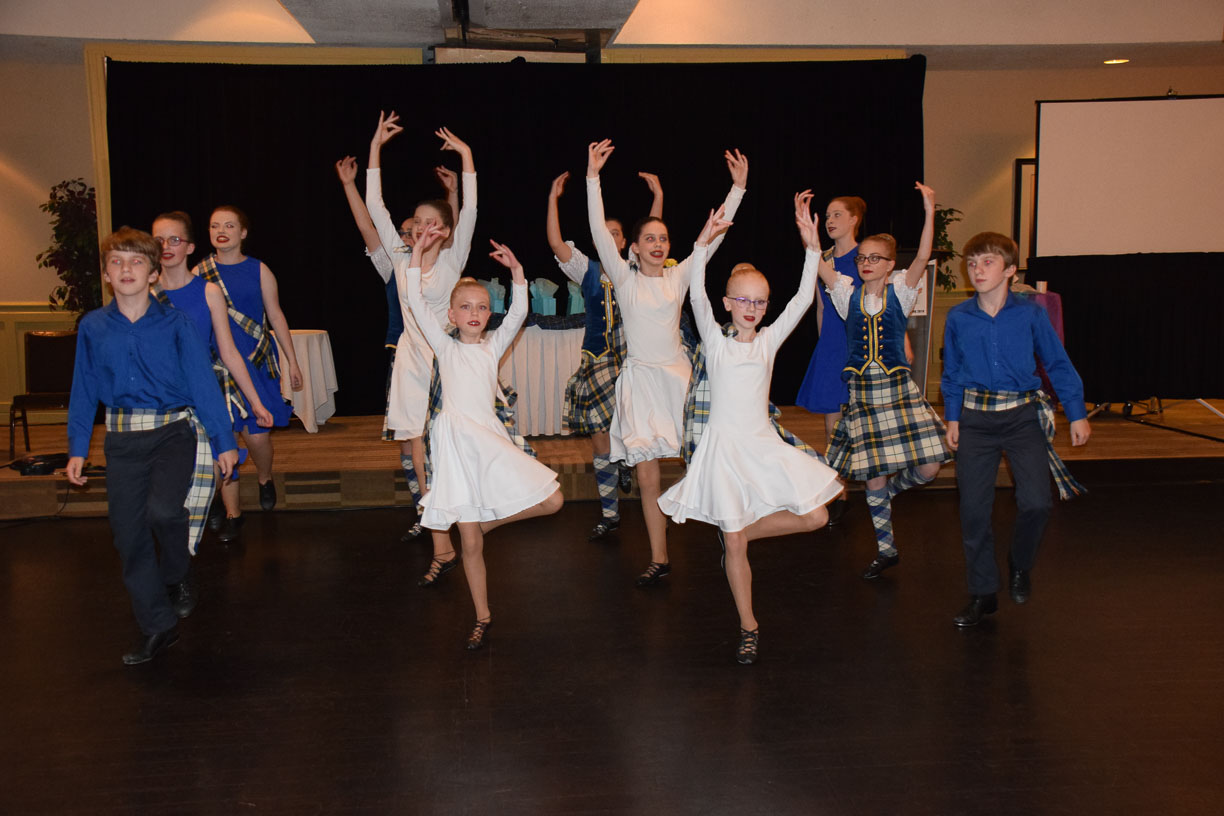 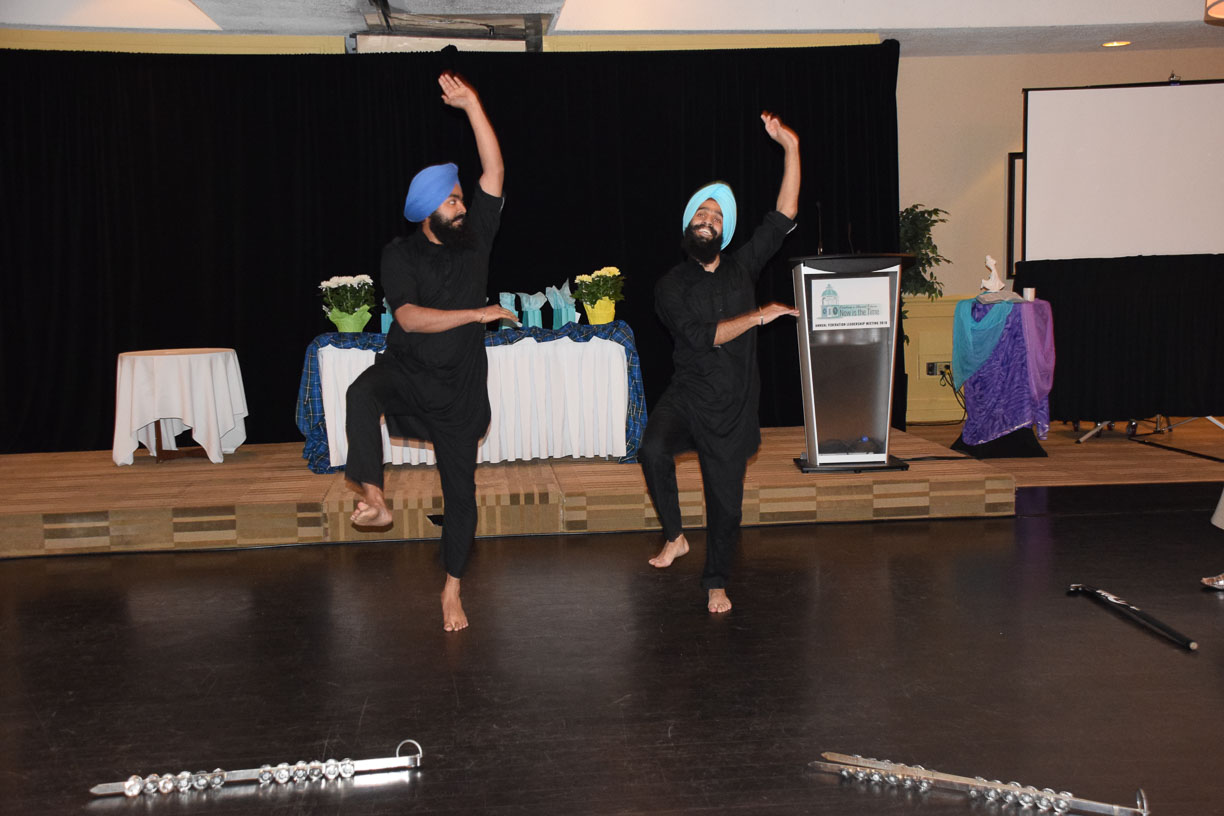 Following dinner, Joan O’Keefe, SCH recognized and thanked the outgoing Federation leadership team of the Sisters of Charity of Nazareth General leadership, Susan Gatz, SCN, Sangeeta Ayithamattam, SCN and Brenda Gonzales, SCN.  Joan also welcomed Sangeeta as she returns as General leader beginning September 1, 2018.  Joan then invited the Sisters of Charity of the Immaculate Conception, Mary Beth McCurdy, SCIC, Alice Keegan, SCIC and Roma De Robertis, SCIC to come forward and be thanked for their presence and support of the Federation as she promised the prayers of the Federation during their Chapter in July. 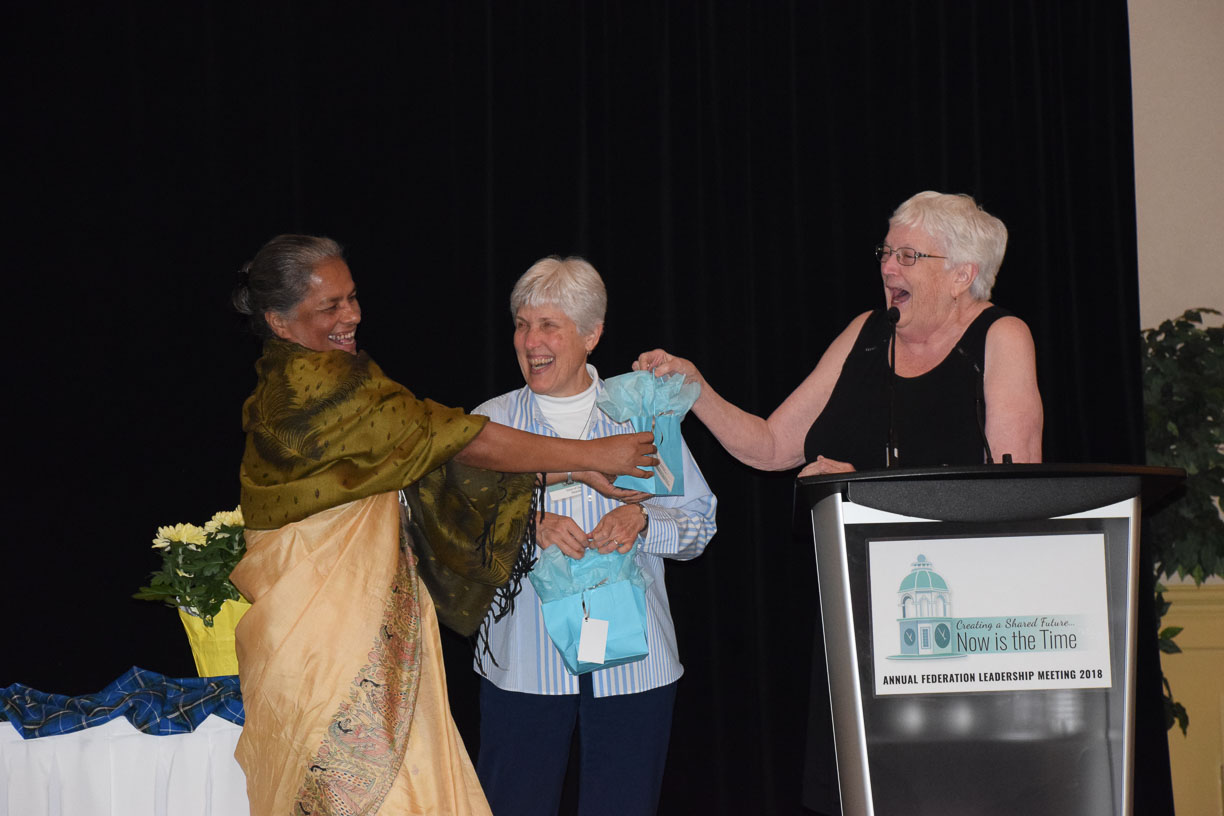 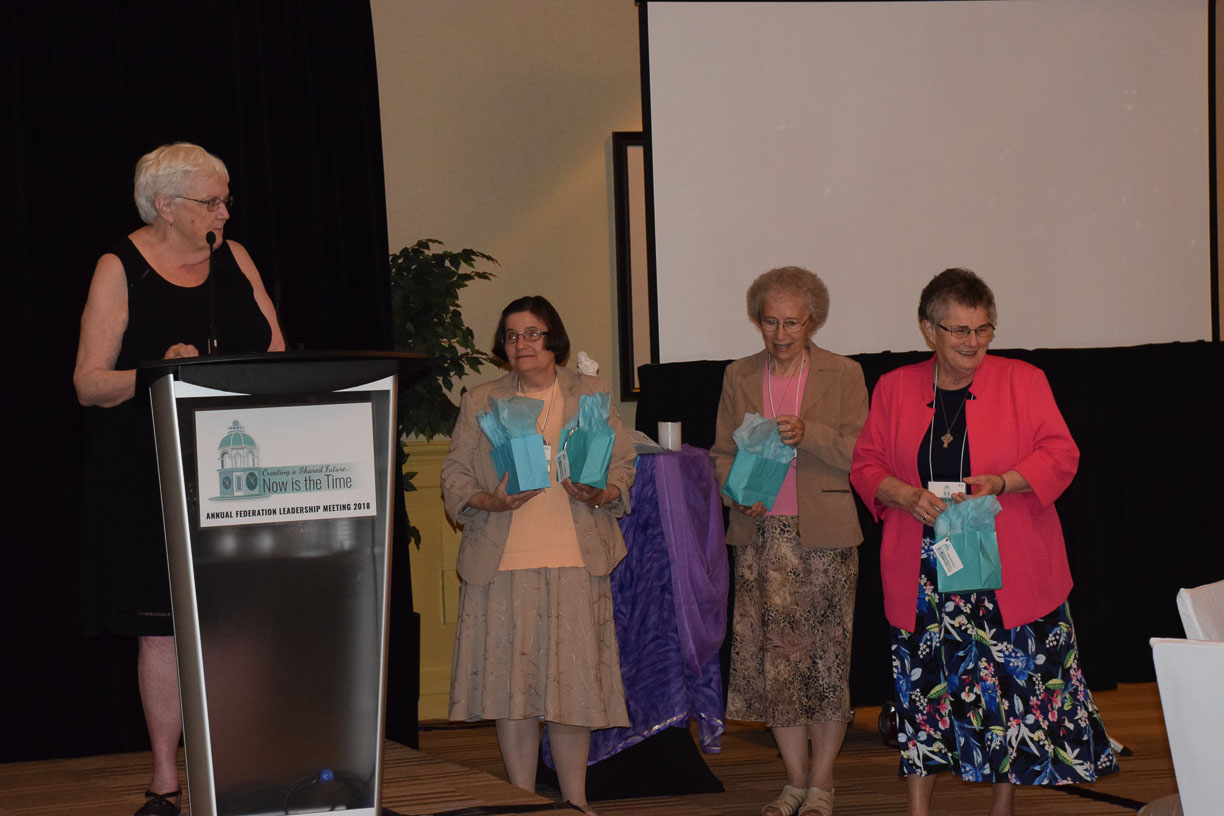 Your ticket for the: Day 4: Creating a Shared Future — Now is the Time

Day 4: Creating a Shared Future — Now is the Time