September 5, 2017
No comments yet
News, Sisters of Charity of Seton Hill 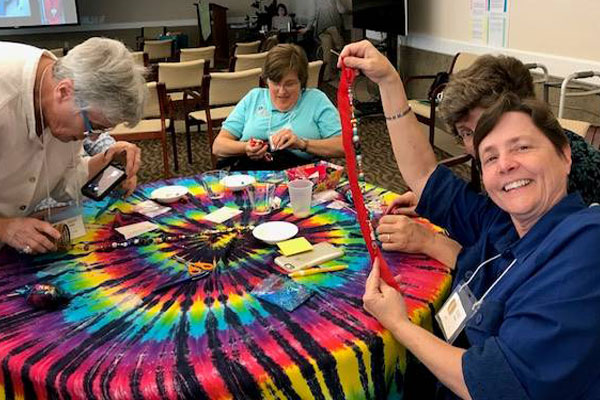 We came from all over the continent – the East, the West, the North and the South and even the far South with Martha Lou representing Peru – to Greensburg, PA where the trees and the hills welcomed our coming as well as the Sisters of Charity of Seton Hill who could not have been more gracious.

Our coming together was a celebration of the charism of Charity as we also celebrated and contemplated God’s ongoing gift of cosmic creativity. The theme for our gathering: ‘Charity Charism with the Living Cosmology.’ Maureen Wild, SC, served as our mentor in our journey through evolutionary time; the ongoing, creative energy of the universe that brings forth galaxies and stars, an Earth become alive, and the emergence of human beings with conscious self-awareness.

Maureen presented the cosmological understanding at the time of Vincent and Louise highlighting the work of Bacon, Galileo, Descartes and Newton. The idea emerging at that time was that the universe was a vast machine run by natural laws, other life forms were devoid of sentience (interiority), and that the task of humankind was to control nature. However, in contrast to this machine-like worldview, Vincent writes: “God also works incessantly from outside himself in creation and in preservation of this great universe, in the movements of the heavens, in the influences of the stars, in the productions of land and sea, and in all that beautiful order we observe in nature, which would be destroyed and return to nothingness if God was not constantly guiding it.” (Love of Work, 1649)

Elizabeth Seton lived at the time when discoveries were being made by geologists regarding the age of the earth; that it had, in fact, emerged after billions of years, not thousands of years as had been thought. Elizabeth’s writings reveal a kinship with creation and creatures of the earth, and a deep sense of communion with God through her experiences of nature:

“Who are we to praise thee –
but we call on all thy creation to praise thee –
the birds of the air,
the inhabitants of the earth,
and the depths of the sea,
the mountains and the valleys,
and whatever thou has made to praise,
to bless, to declare thy glory.”

Next, we transitioned to our day and examined understandings about the universe coming from Einstein and Hubble, Teilhard de Chardin, Thomas Berry, Brian Swimme and others. It is impossible to capture in a short article all that Maureen shared with us, but I share this excerpt from ‘Journey of the Universe’ by Brian Swimme that Maureen gave to us:

On the last day, as we met in groups to discuss how to go forward, it became clear that what would have significance for us is what Thomas Berry and others name as dynamics or principles of the universe (even as cosmological ethical imperatives), and what Maureen named as the Golden Rule coming from cosmological understandings and not unlike our own Christian Golden Rule. This ‘rule’ highlights the patterned realities of subjectivity (interiority), differentiation (diversity) and communion (unity in our interrelatedness). Put simply, we are to live from our greatest potential and truest part of who we are – respecting diversity, honouring the interiority of the other (human and other-than-human), and striving towards the deepest communion with all that exists. 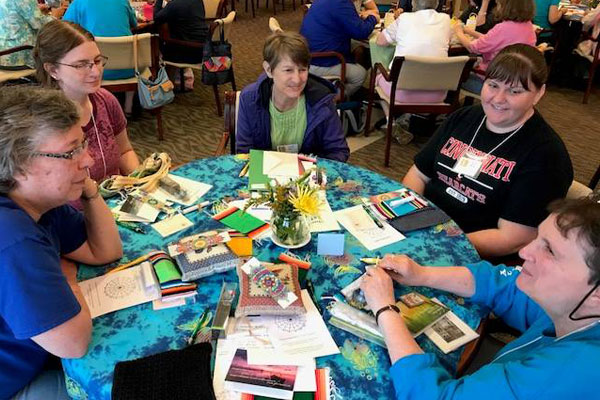 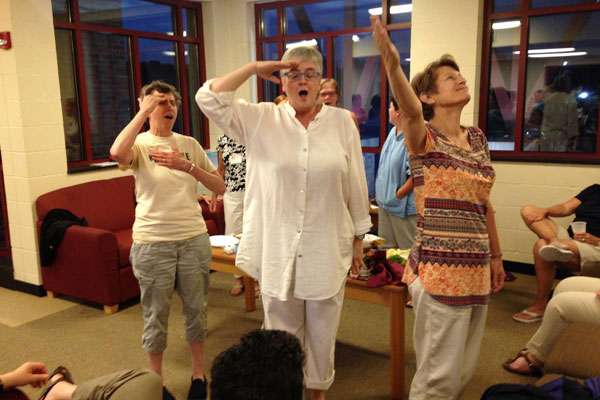 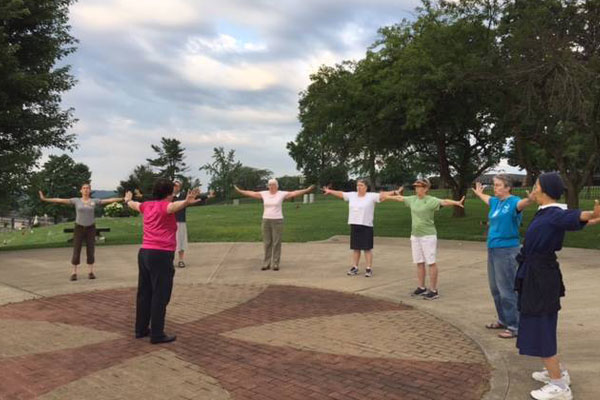 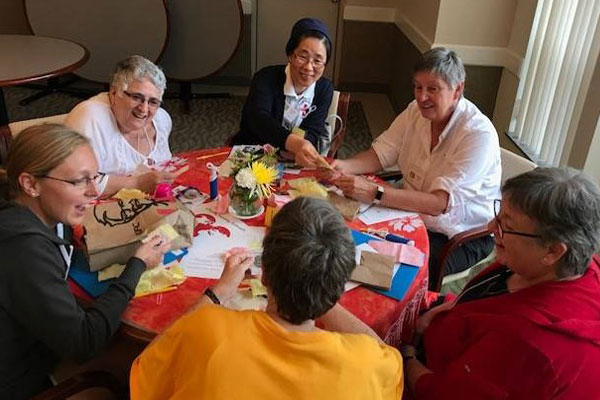 Your ticket for the: Charity Moving Forward gathering in Greensburg