Sister of Charity on Panel at UN

June 8, 2018
No comments yet
News, Sisters of Charity of Leavenworth 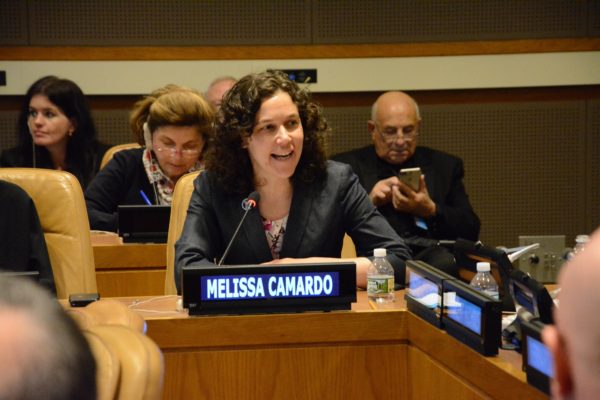 Sister Melissa Camardo, SCL, had the incredible opportunity to speak on a panel with world leaders in the movement to eradicate human trafficking during a meeting at the United Nations on May 22. Co-sponsored by the Holy See and the Santa Marta group, the event’s title was “Police and Religious Leaders Partnering to Eradicate Modern Slavery by Building Trust in Leadership, Action and Accountability.” The event highlighted the results from the fruitful relationship between faith-based groups and law enforcement.

The United States Conference of Catholic Bishops (USCCB) invited LifeWay Network, where Sister Melissa serves, to share the perspective of women religious “on the ground” working to empower and heal survivors of human trafficking. Sister Melissa is LifeWay Network’s director of development and is a member of the community in one of the organization’s safe houses.

Representing LifeWay Network on the panel, Sister Melissa said that her top priority is to help the women she serves regain their sense of self-worth and build happy and healthy lives amidst the feelings of fear and betrayal so commonly held by trafficking survivors.

“Building trust is slow and careful work,” she said. “Many have been abused, traumatized and tortured by people who were supposed to love them, even their family.” 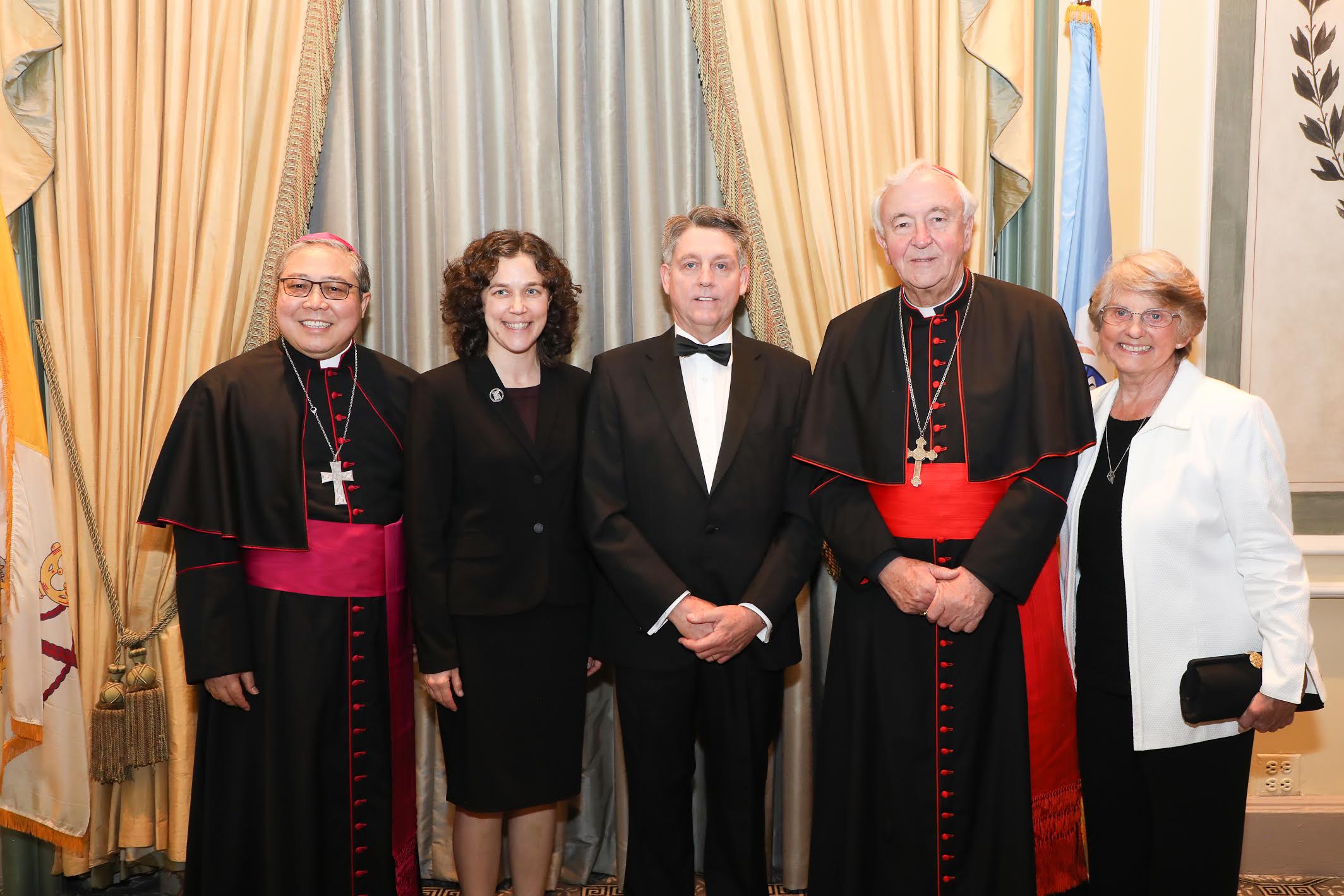 Lifeway Network provides true accompaniment, especially for those who find the courage to share their stories with law enforcement to prevent others from suffering at the hands of their former traffickers.

“Sometimes they are triggered by PTSD in these meetings, so they need to come to a safe place,” Sister Melissa said. “We may attend court proceedings with them or just provide comfort or consolation in any way we can.

Sister Melissa explains that the panel itself highlighted the global work of the Santa Marta Group. The Santa Marta Group takes its name from Pope Francis’ residence in the Vatican where police chiefs and senior law enforcement from around the world stayed in April 2014 for a two-day conference on eradicating human trafficking that culminated in a joint declaration, called the “Santa Marta Commitment.” From this conference arose the Santa Marta Group, a network of religious groups and law enforcement committed to working with one another to eradicate the criminal activity of trafficking and to care for its victims.

The next day, Sister Joan Dawber, SC, LifeWay Network executive director and founder, and Sister Melissa were among guests at the 2018 Path to Peace Gala. Cardinal Nichols and Commissioner Hyland jointly received the Path to Peace Award on behalf of the Santa Marta Group. Archbishop Auza welcomed the 560 guests of the gala hosted by the Path to Peace Foundation. The Foundation is independent of but collaborates with the office of the Holy See mission to the UN.

Some of the content above comes from the newsletter of the permanent observer of the Holy See to the UN.

Your ticket for the: Sister of Charity on Panel at UN

Sister of Charity on Panel at UN