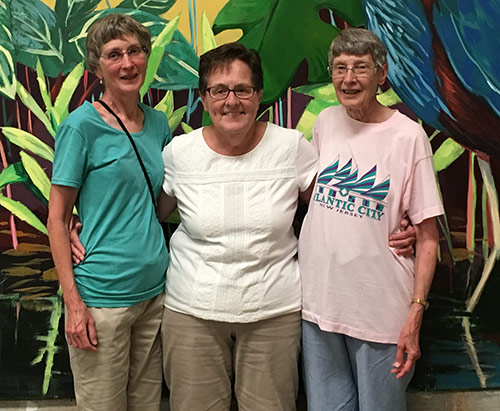 Written by Sister Patricia Wittberg, SC (Cincinnati), this article is the second in a three-part series on “Sharing the Journey” with the migrants who cross the U.S. border from Central America. To date, at least 34 different congregations of women religious have sent volunteers to the border in the past year alone. Estimates have placed the number of sister and associate volunteers nationwide between 160 and 200.

This article describes the work the SC volunteers did while on the border, and some of the experiences they and the migrants had. Those who couldn’t speak Spanish worked preparing meals and helping distribute donated clothes. Sisters Louise Lears and Juliette Sabo described the reactions of the migrants…

Your ticket for the: Volunteering at the border: Sisters, associates share stories