October 29, 2019
No comments yet
News, Sisters of Charity of the Immaculate Conception 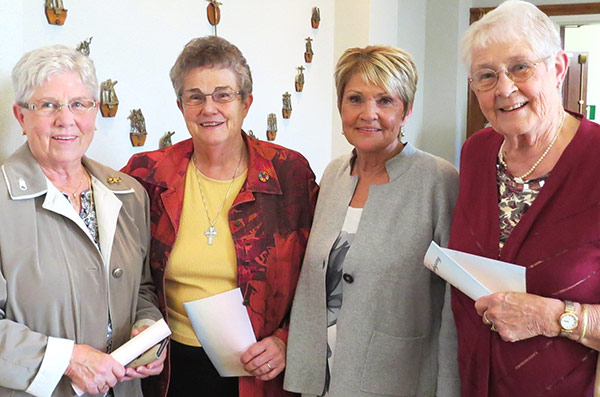 “May these four days of festival release within and among us a renewed sense of God’s providence, surprise and ever-unfolding presence over 165 years,” said Sister Mary Beth McCurdy as the Festival of Thanksgiving began in Carmel Chapel.

“Let us welcome to this sacred circle the spirit of all those who have preceded us,” added the SCIC congregational leader. “Let us live fully for the sake of the gospel ever-unfolding into the future.”

SCIC were founded Oct. 21, 1854 in Saint John by Honoria Conway and three companions at the invitation of Bishop Thomas Louis Connolly, OFM Cap. Amid many challenges, they responded to urgent needs of Irish immigrants and orphans. 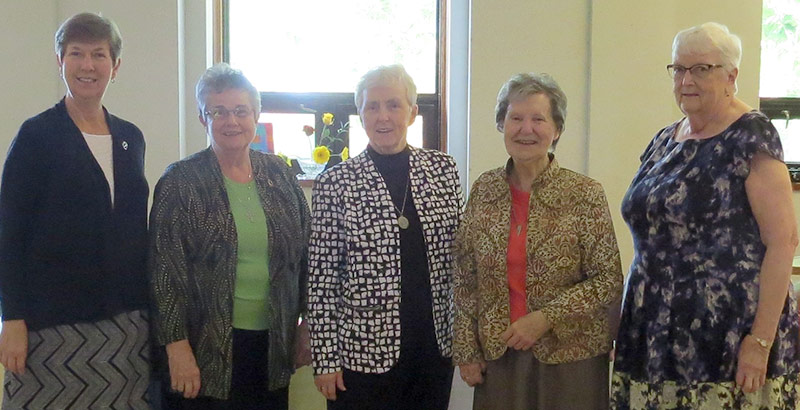 SCIC are active members of the Sisters of Charity Federation. One highlight of the recent celebration was a panel presentation which included representatives of the five Federation congregations based in Canada’s eastern Maritime provinces. In addition to SCIC, these include Sisters of Charity of Halifax, Nova Scotia; Sisters of St. Martha of Antigonish, Nova Scotia; Sisters of St. Martha of Prince Edward Island and Religieuses de Notre-Dame-du-Sacré-Coeur based in Moncton, New Brunswick.

Panelists were asked to address key moments of both grace and challenge in the history of their religious communities. They also highlighted their experience of the June 2019 Federation Assembly of the Whole in Chicago, Ill. Before responding to questions, panelists expressed hopes and dreams for future collaboration among the Canadian-based Federation congregations. 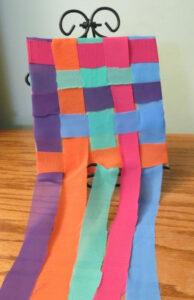 Colorful weavings displayed throughout the residence symbolized the 165th celebration. With five felt strands, they represented the Canadian-based federation congregations, as well as a broader weaving of past, present and future in God’s call to life and mission.

Six sisters and one associate travelled from western and northern Canada to participate in the celebration. Guests came from several New Brunswick locations as well as Toronto, Ontario, and Portland, Maine.

The anniversary celebration was planned by a 10-member committee of sisters and associates meeting monthly throughout 2019. An anniversary prayer was created by committee chair Sister Margaret MacLean.

Together with staff, committee members and many others contributed to the festival which included PowerPoint presentations and historical exhibits, as well as prayer, liturgy, poetry, singing, dancing, storytelling and local tours.

SCIC gratefully received and acknowledged flowers and greetings from many of their partners in mission. On Oct. 19 at a midday banquet, sisters, associates and guests were treated to entertainment from gifted local singers and musicians.

Bishop Robert Harris, apostolic administrator of the Diocese of Saint John, presided at the closing eucharistic liturgy Oct. 20 in Carmel Chapel. Briefly tracing the sisters’ history, he noted how the founding women heard a call and responded generously.
SCIC missions expanded throughout many parts of Canada. For 50 years, sisters also lived among and accompanied people in Peru. The bishop said in Peru and elsewhere, the sisters expressed “the language of love.” He also noted how SCIC faithfully responded to the call of the Second Vatican Council in the 1960s and beyond. 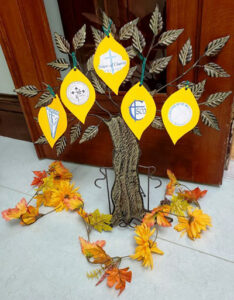 Bishop Harris said although SCIC are far fewer in number today, they and associates continue to be a sign of God’s presence in the world, radiating divine love and charity. “The future belongs to God,” he added.

Sister Anita Naves thanked Bishop Harris, highlighting his many kind and thoughtful gestures among SCIC throughout more than 12 years as bishop. On behalf of the sisters, she also wished him well as he soon begins retirement.

At the closing liturgy, Sister Mary Beth said sisters, associates and guests “sing, rejoice and give thanks for all that has been, is now and is yet to be.”

For more information about the Sisters of Charity of the Immaculate Conception, please visit www.sistersofcharityic.com.

Your ticket for the: Sisters in New Brunswick celebrate 165 years